This artist's concept shows gas streaming away from ID2299, a recently discovered galaxy. A collision with a smaller galaxy has stirred up the spiral, which is spewing enough gas into space every year to make 10,000 stars as massive as the Sun. This process could strip away up to half of the galaxy's gas, which is the raw material for making new stars and planets. Much of the remaining gas, which fills giant clouds, is being squeezed to make thousands of new stars. The combination could leave the galaxy unable to create new stars in a few tens of millions of years. [ESO/M. Kornmesser] 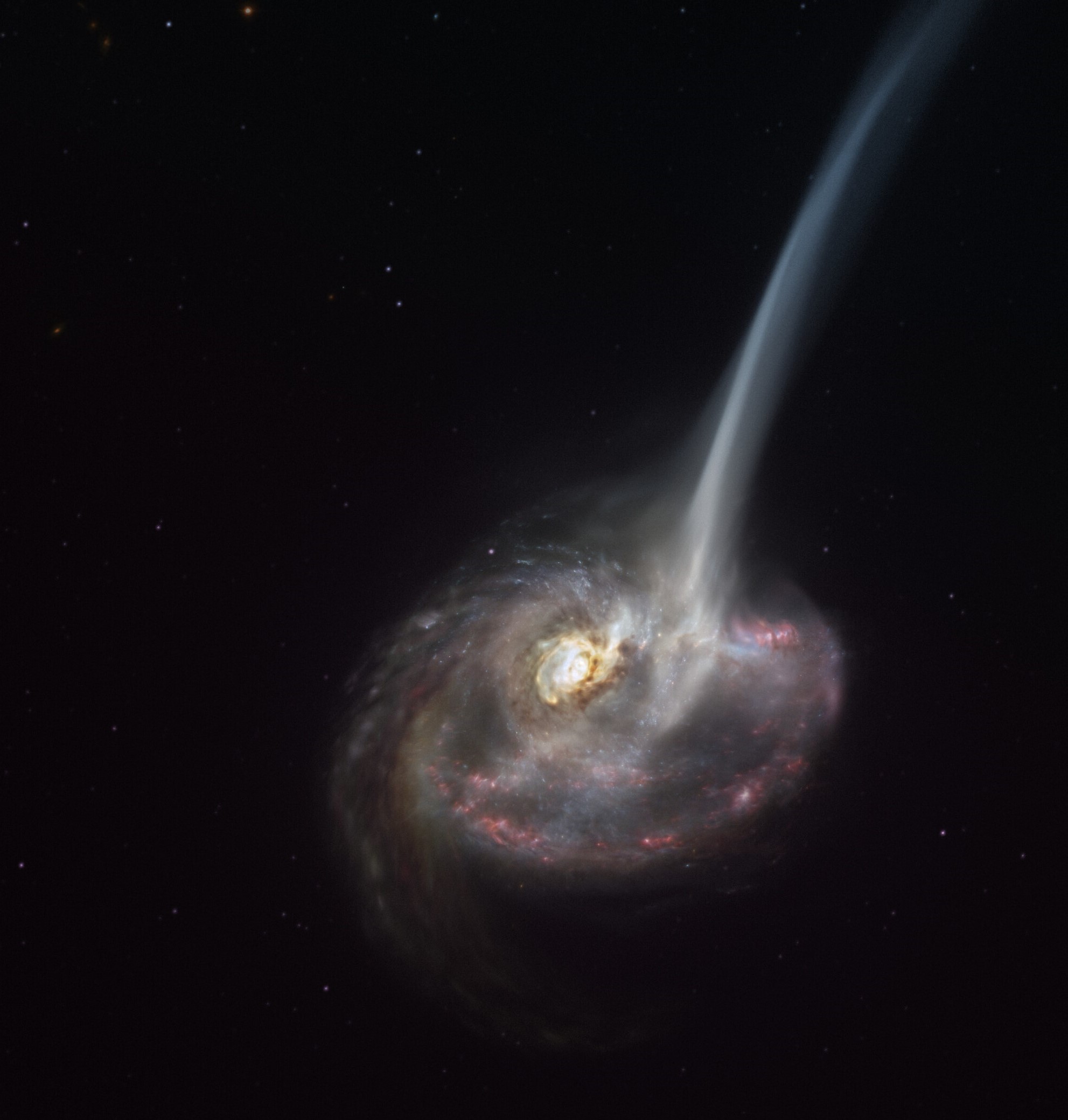