An 1825 illustration depicts Hydra, the water snake, and the surrounding constellations. Corvus and Crater sit atop its back. In mythology, the god Apollo dispatched the crow to fetch some water in Crater (the cup). The crow was distracted by a fig tree, then blamed his tardiness on a snake. The angry Apollo hurled all of them into the sky. [Sidney Hall]

Find out more in our radio program entitled
Crow and Cup 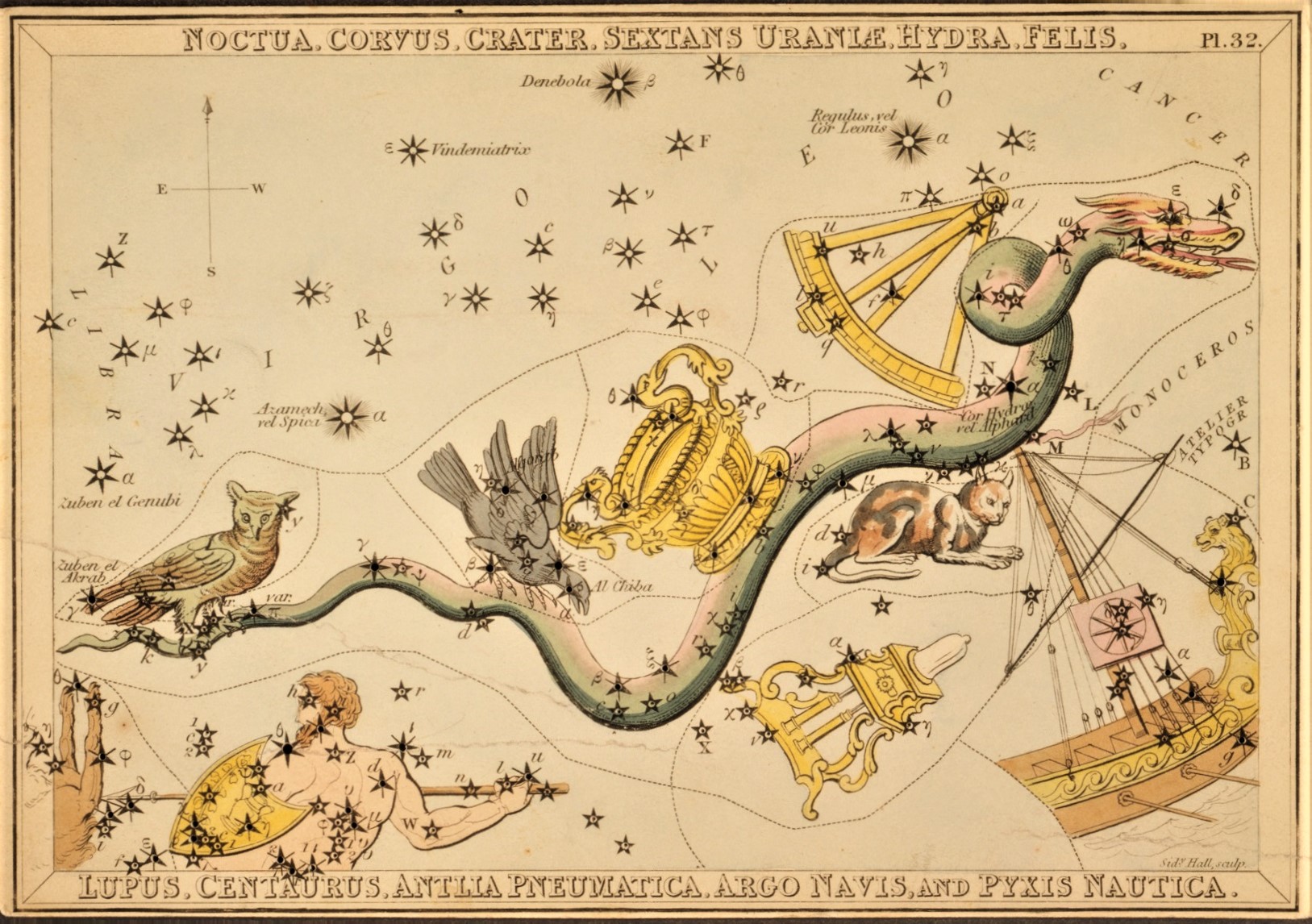