Comet Leonard will brush just 21.7 million miles (34.9 million km) from Earth on December 12. It will pass into the evening sky, where it will pass about 2.6 million miles (4.2 million km) from Venus, the Evening Star, on December 18. (This chart plots its progression across the sky.) Although it is an especially bright comet, Leonard isn't expected to be visible to the unaided eye (except to experienced observers under dark skies.) It is a good target for binoculars and small telescopes, however, with an easily visible tail. The comet will pass closest to the Sun in early January, then retreat into the deep freeze of the outer solar system. [NASA/JPL] 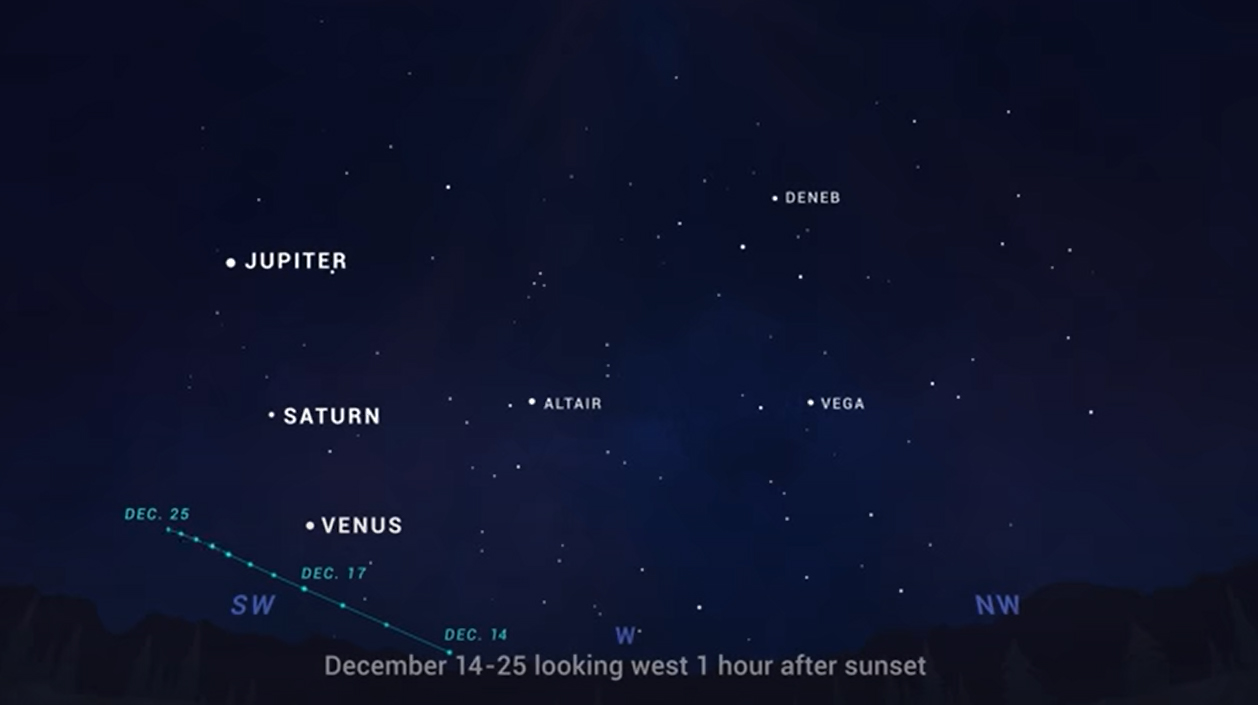