A white dwarf star perches precariously close to a black hole in this artist's concept of 47 Tucanae X9, a binary system in the globular star cluster 47 Tucana. The white dwarf, which is the dead core of a star that was once like the Sun, is just 600,000 miles (1 million km) from the black hole, according to a team of astronomers that analyzed observations from Chandra X-Ray Observatory, a space telescope (a Chandra image is shown in the inset). It is the closest companion to a black hole yet discovered. The black hole's powerful gravity is pulling oxygen-rich gas from the white dwarf's surface. This material forms a disk around the black hole. Material in the disk eventually disappears into the black hole. 47 Tucana is about 15,000 light-years from Earth, in the southern constellation Tucana, the toucan. [NASA/CXC/M. Weiss; inset: NASA/CXC/University of Alberta/A. Bahramian et al.] 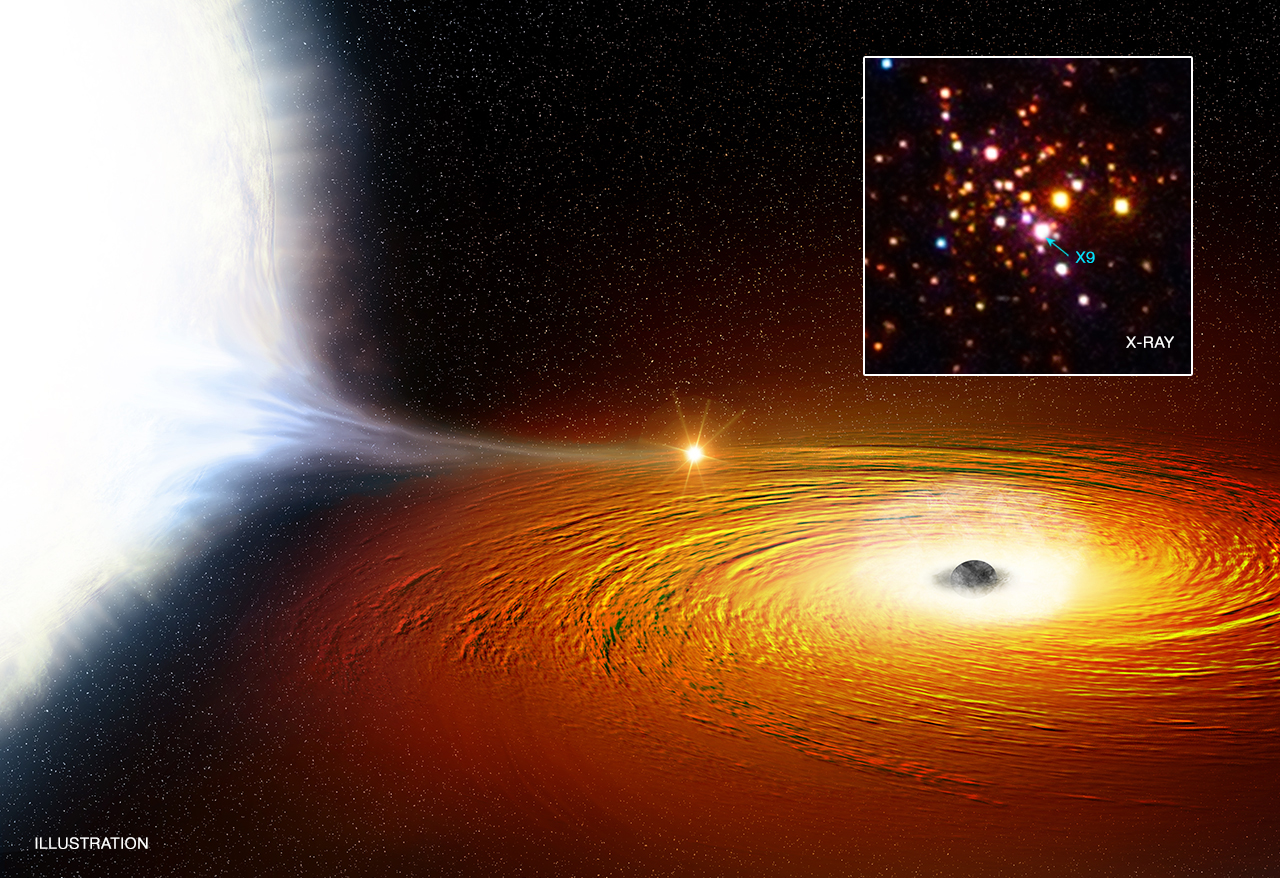