The planet Venus is hot and dry, but research suggests that in the distant past it could have been much more hospitable, with oceans of liquid water covering much of the planet, as shown in this artist's concept. Some researchers suggest that as Venus's surface got hotter, microscopic organisms could have adapted to live in the planet's clouds. Such microbes could still inhabit the clouds today. [NASA] 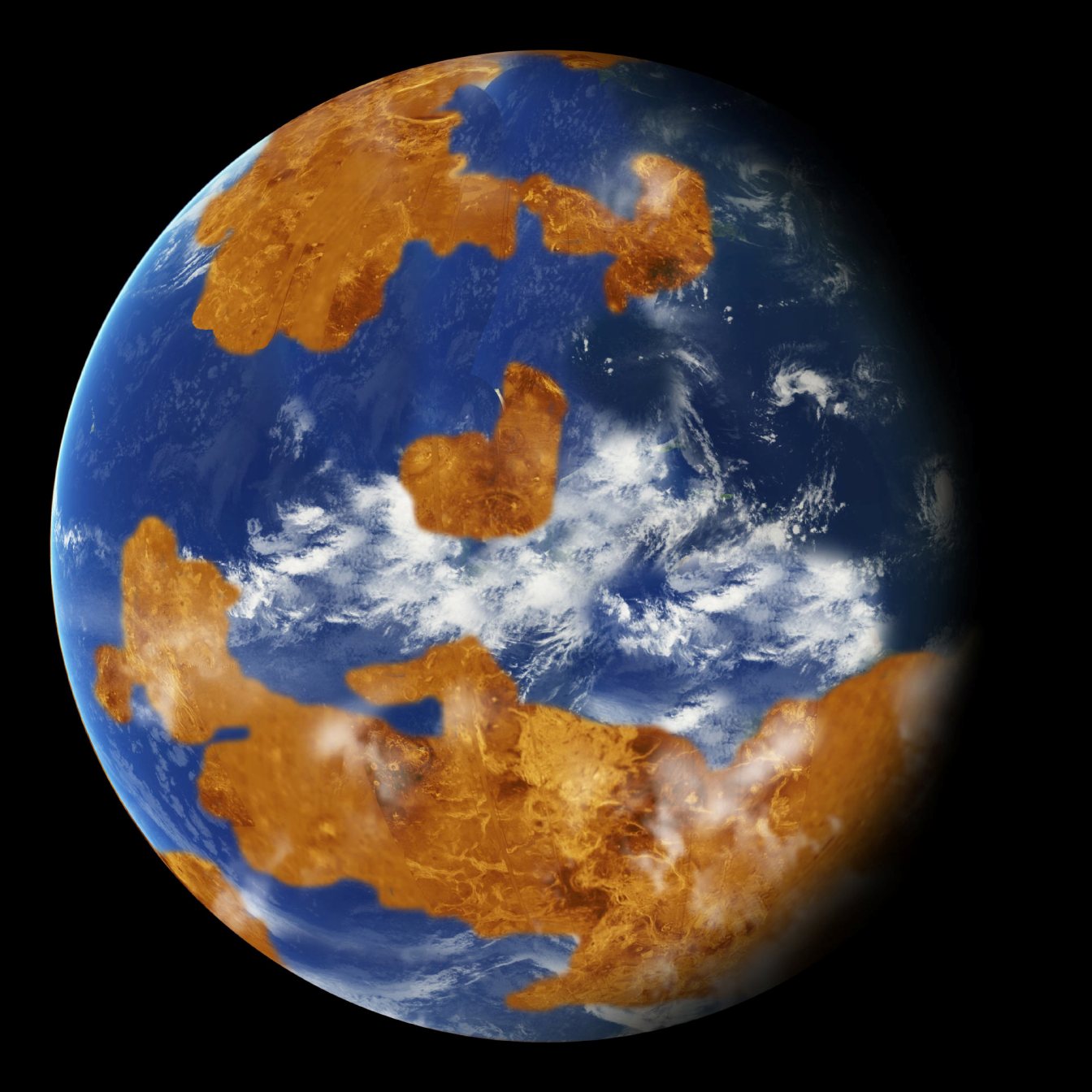 Living in the Clouds? | StarDate Online