This artist's concept shows how Kepler Space Telescope discovers planets in other star systems. The telescope looks for a planet to pass in front of its star, blocking a bit of the star's light, making it look slightly fainter than normal. (Kepler operates from Earth orbit, so it never sees any star as more than a pinpoint of light, however.) Kepler has discovered thousands of confirmed or possible planets, even though it is a relatively small telescope. Even smaller telescopes on the ground also are discovering exoplanets. [NASA/W.Stenzel] 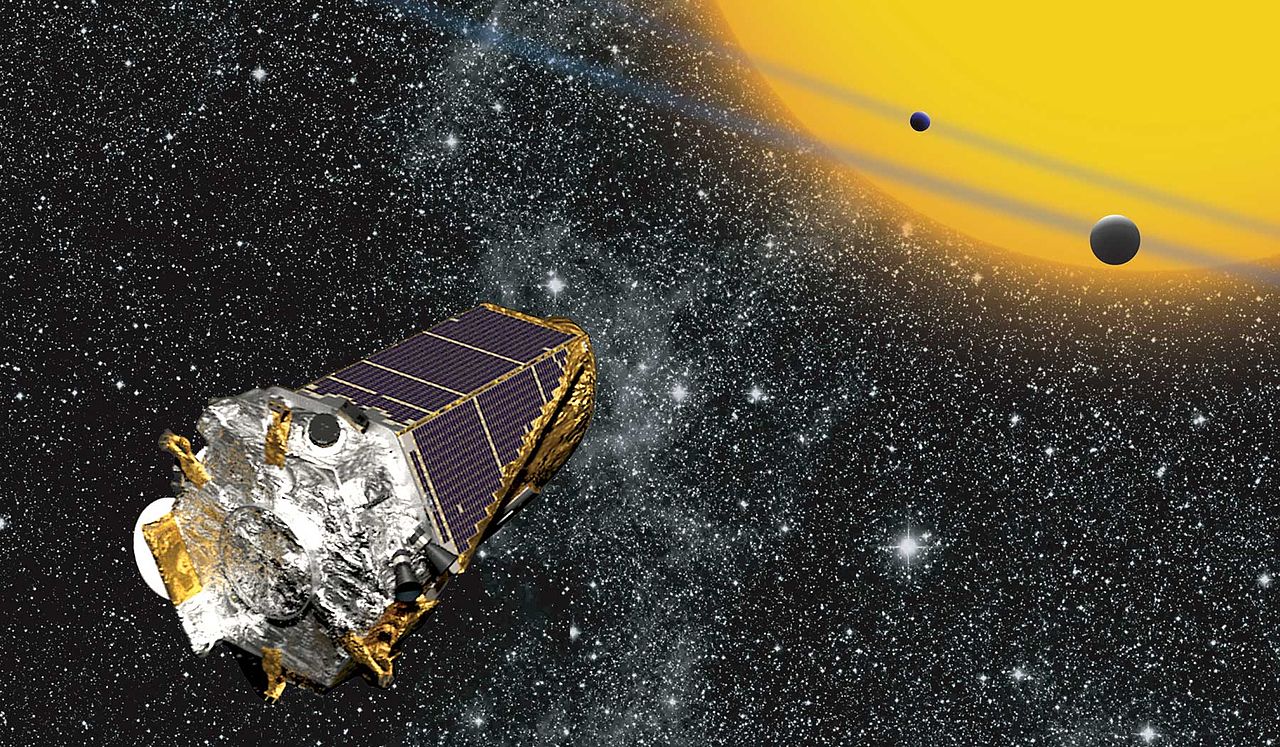