This artist's concept depicts the star Gliese 1151 and its possible companion planet. The interaction between the star and planet produces radio waves, which is how the planet was discovered. It was confirmed with follow-up observations by optical observations by the Habitable Zone Planet Finder, an instrument attached to the Hobby-Eberly Telescope at McDonald Observatory, and at other observatories. [Arndt Stelter/Wikipedia]

Find out more in our radio program entitled
Radio Planet 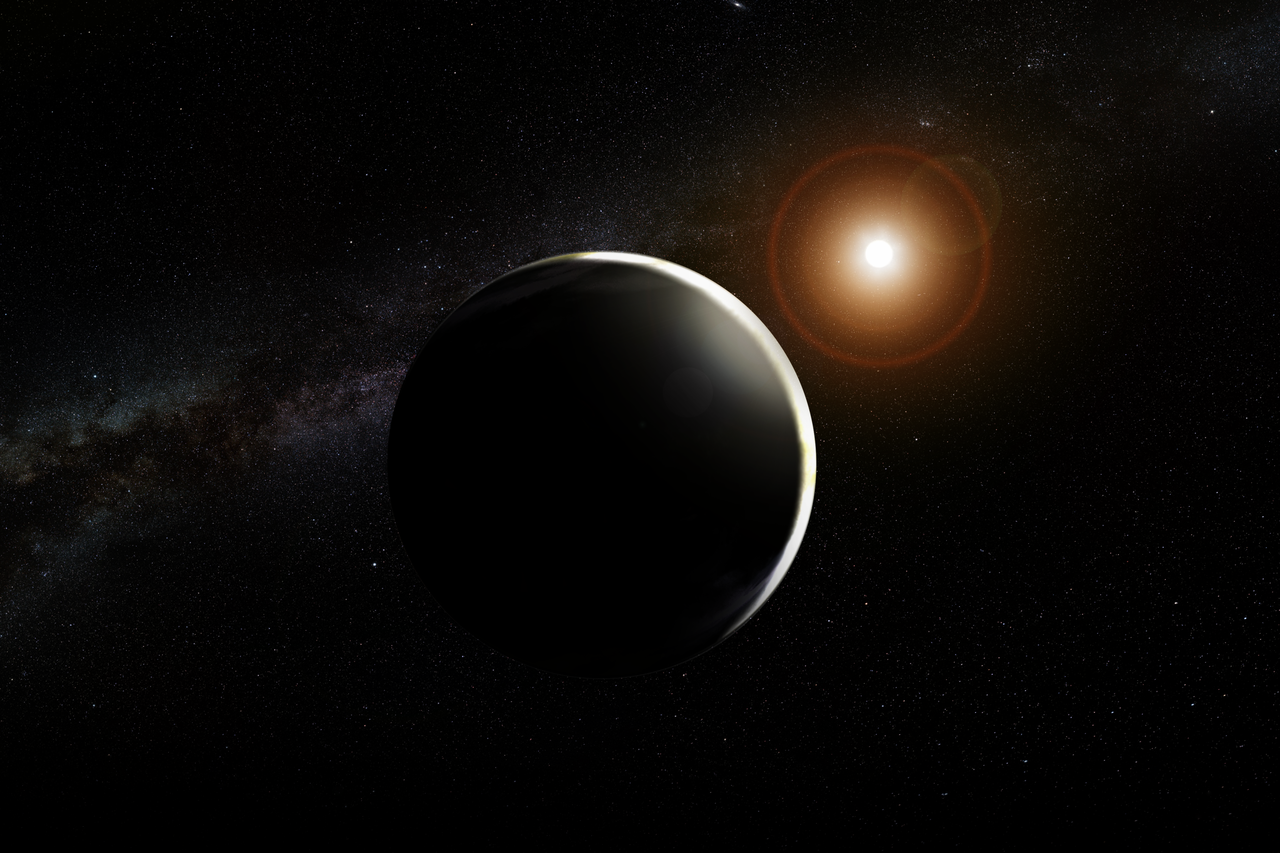