This diagram shows the 10-billion-year life cycle of the Sun. The Sun was born about 4.6 billion years ago from the collapse of a large cloud of interstellar gas and dust. Today, it is steadily "fusing" hydrogen in its core to make helium. When that process is completed, more than five billion years from now, the Sun will puff up to many times its current size, forming a red giant. About a billion years later, it will shed its outer layers, forming a colorful but short-lived bubble known as a planetary nebula. As the nebula fades, all that will remain will be the Sun's hot but dead core, a white dwarf. [NASA/Night Sky Network]

Find out more in our radio program entitled
White Dwarfs 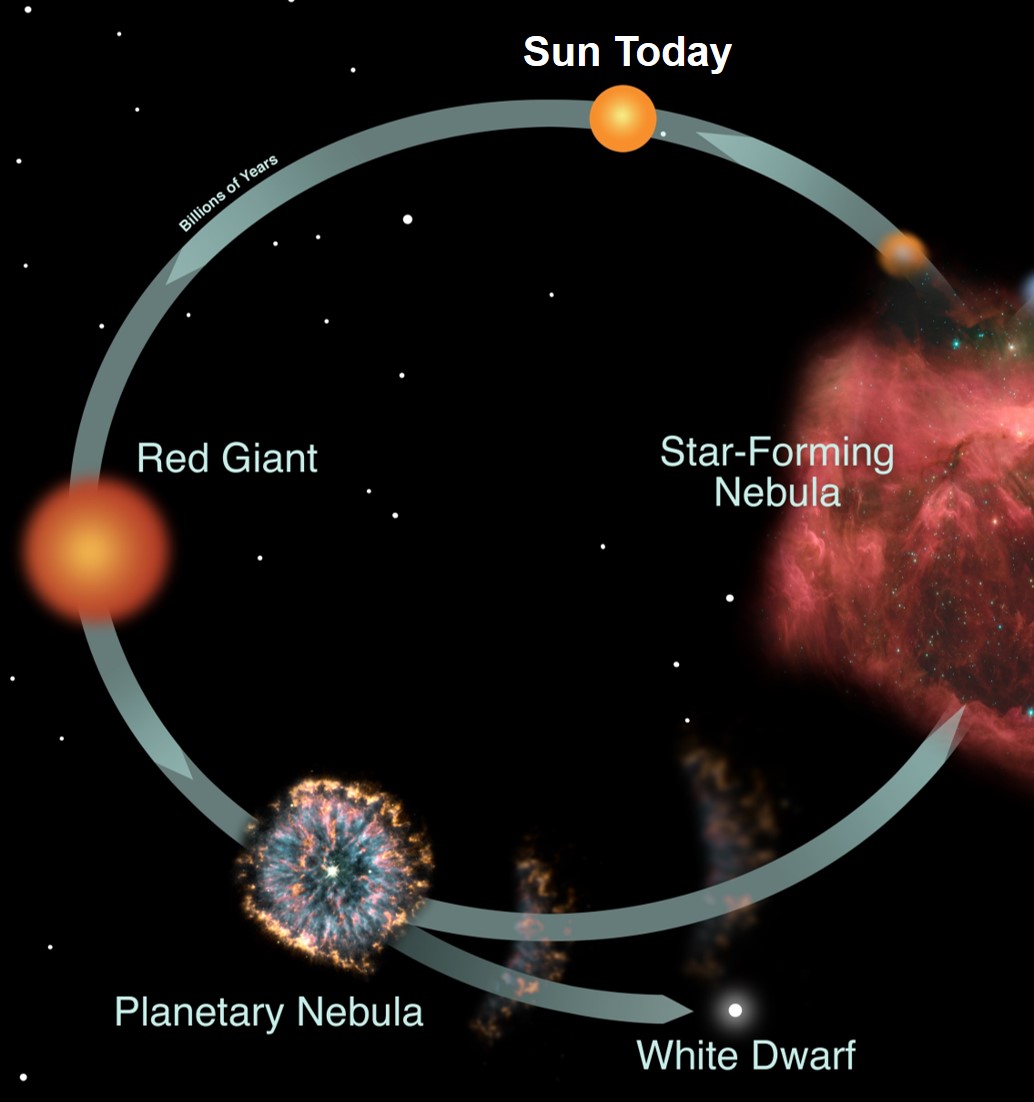 Lifetime of a Star | StarDate Online