This telescope, shown in 1885, was the largest in the world for decades. Known as the Leviathan of Parsonstown, it featured a primary mirror six feet in diameter. The giant telescope was maneuvered by a team of men using ropes and pulleys. It was created by William Parsons, Earl of Rosse, at his estate in Ireland. Parsons and his assistants observed planets, nebulae, and other objects. The inset is Parsons's drawing of M51, the Whirlpool Nebula -- the first known image of a spiral galaxy. [National Library of Ireland]

Find out more in our radio program entitled
The Leviathan 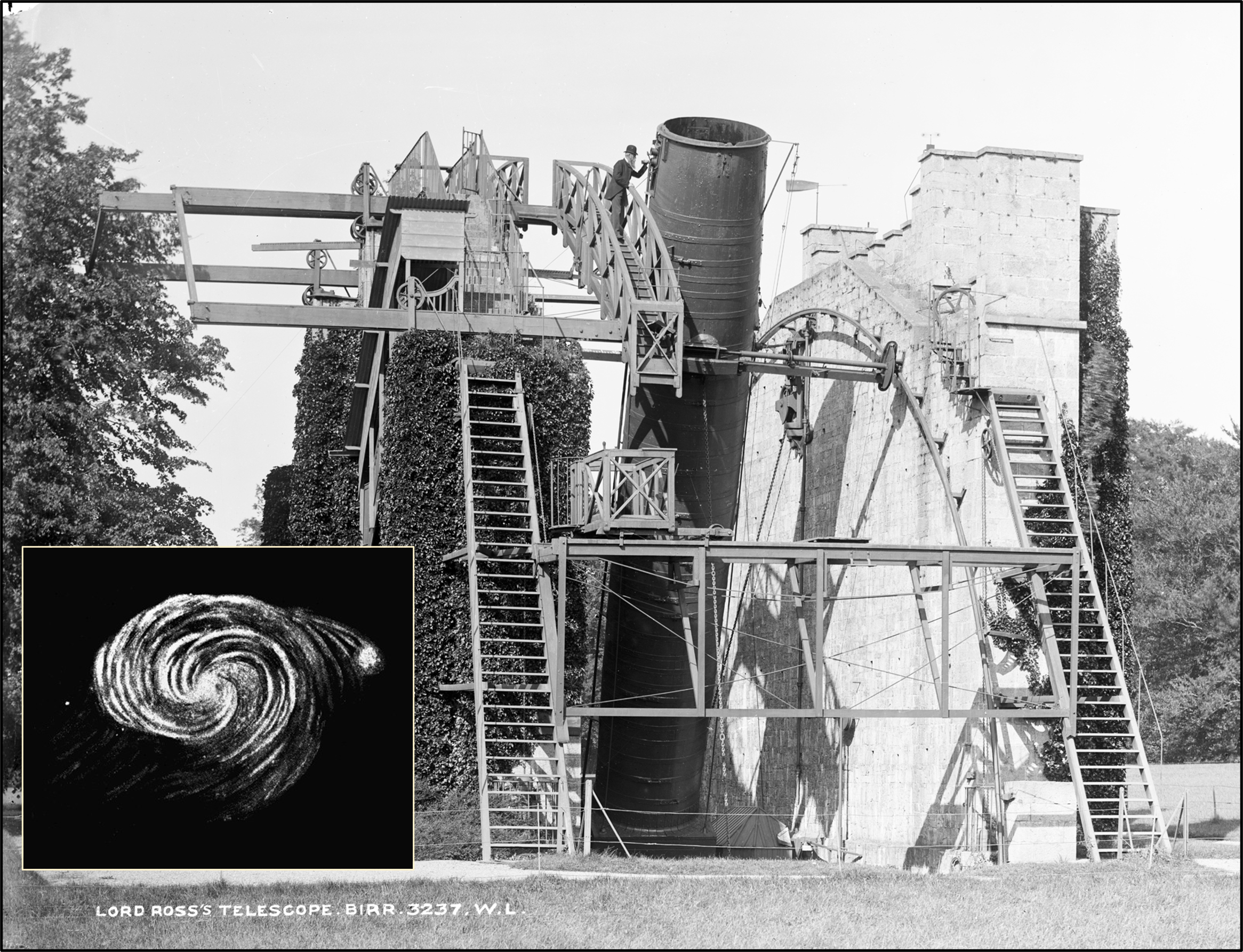