Millions of asteroids orbit the Sun in a wide belt between the orbits of Mars and Jupiter, as shown in this diagram. They are chunks of rock and ice that were left over from the formation of the planets. Jupiter's gravity prevented them from coalescing to form another planet. The largest member of the belt is Ceres, which is being explored by the Dawn spacecraft. As the diagram indicates, other asteroids cross into the inner solar system, while others share the orbit of Jupiter. [McRel]

Find out more in our radio program entitled
Asteroid Belt 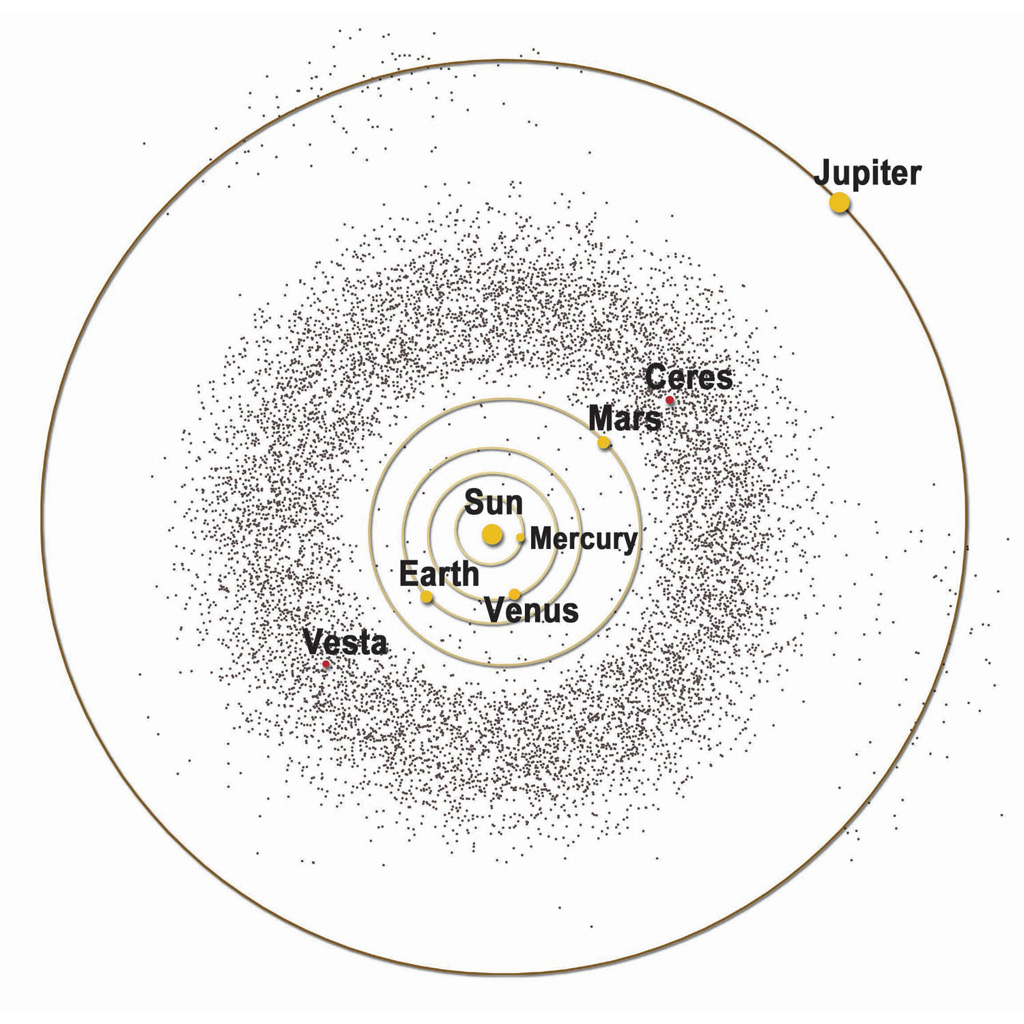 Looking for the glow of alien cities