Saturn's moon Dione stands in front of Saturn and its rings in this August 17 view from the Cassini spacecraft. The rings form a horizontal line behind Dione, and cast shadow bands across Saturn at the top of the image. This is Cassini's final visit to Dione. Its mission will end in late 2017 when the craft plunges into Saturn's atmosphere. [NASA/JPL/SSI] 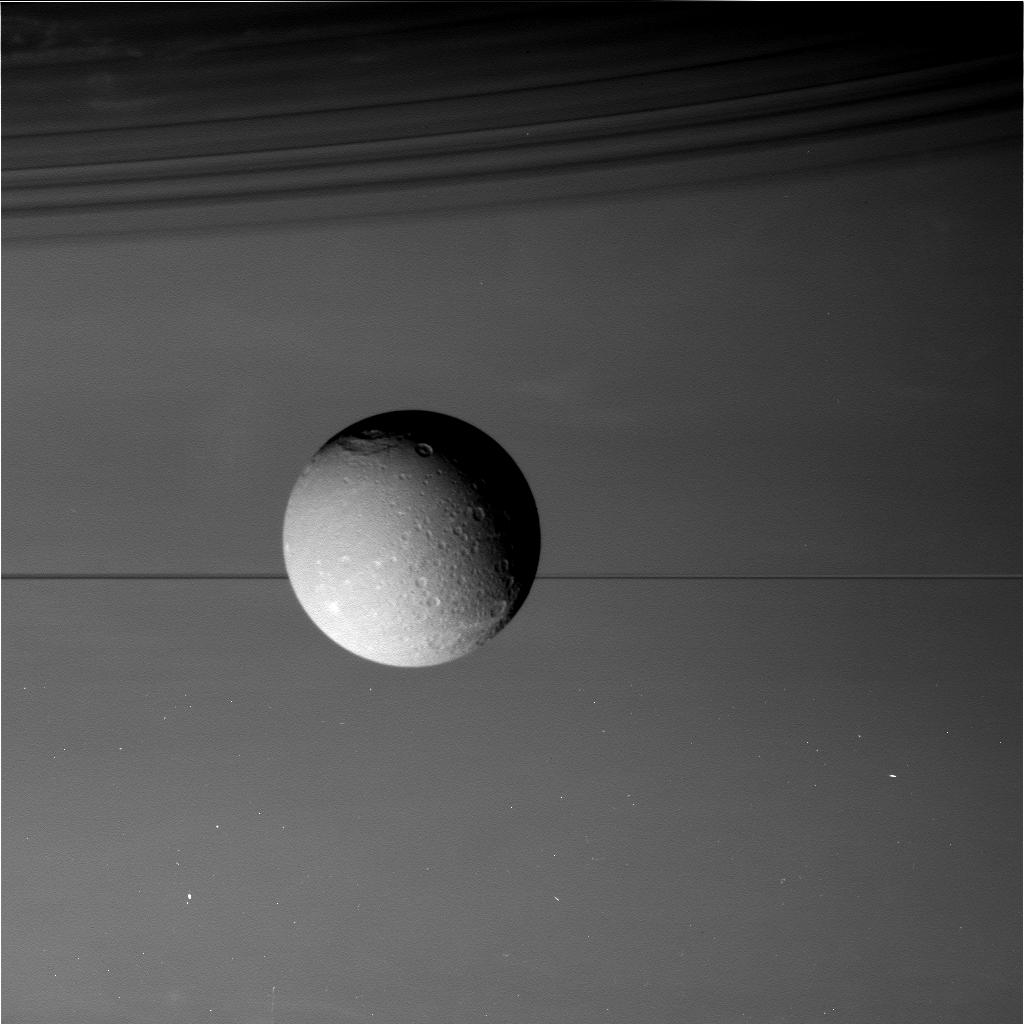