Scientists compiled this panorama of the lunar landscape from pictures snapped by Surveyor 7, America's final robotic lunar lander, in January 1968. The craft landed near the rim of Tycho Crater, which is visible in the background. The ground is covered with boulders and smaller rocks blasted out by the impact that formed the crater. Surveyor 7 was the only mission in the Surveyor series dedicated strictly to science. The primary goal of the earlier missions was to make sure that it was safe for Apollo astronauts to land on the Moon. [NASA]

Find out more in our radio program entitled
Last Surveyor 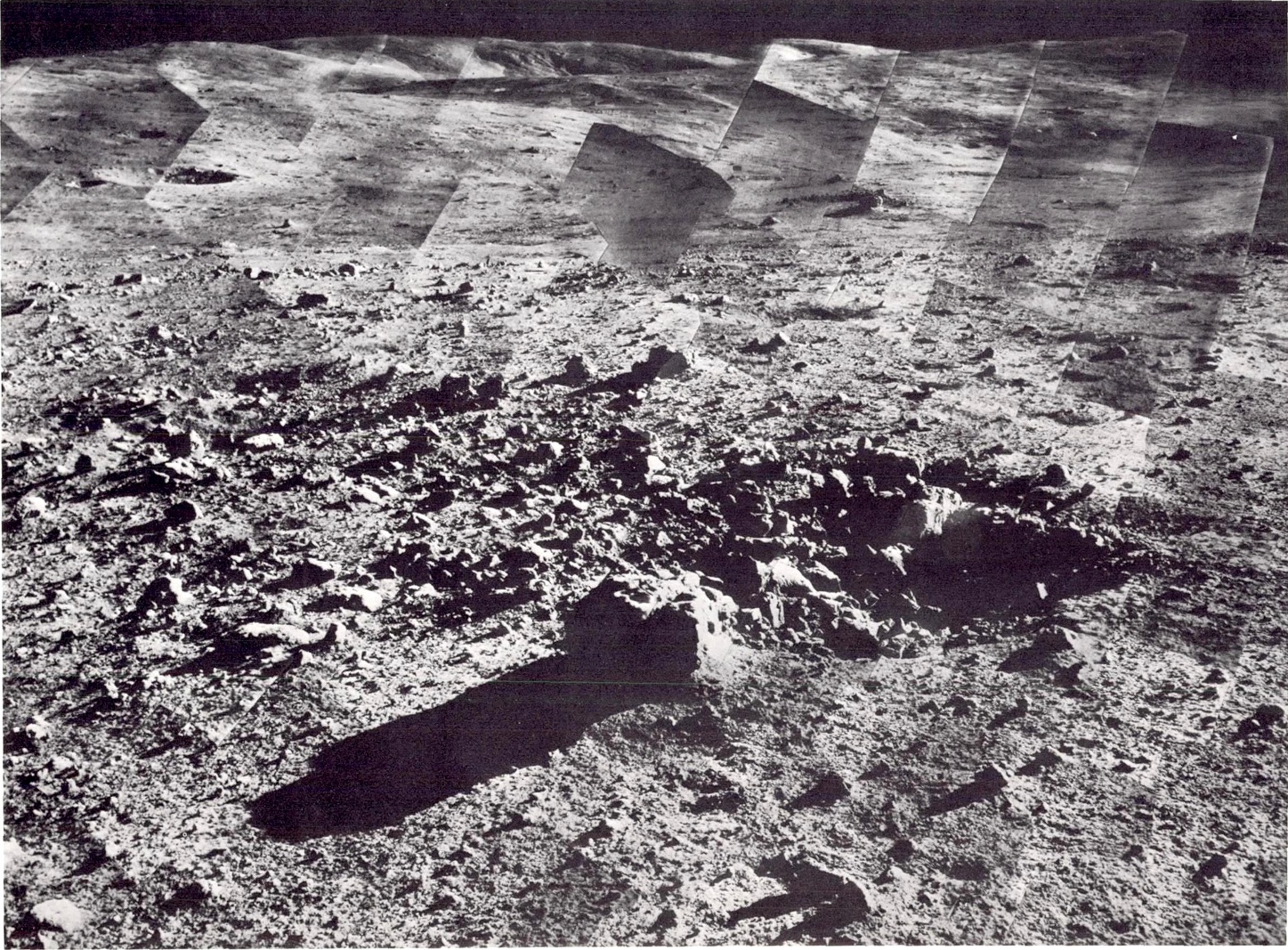