A dying star has rejuvenated itself in this combined X-ray and optical image. Known as Abell 78, the system consists of a white dwarf -- the dead core of a once sun-like star -- surrounded by a glowing bubble of gas. The star expelled most of its outer layers of gas as it died, forming the spherical bubble. But a thin layer of helium re-ignited, producing one final round of nuclear fusion reactions. The rejuvenated star is particularly hot, so it emits strong, high-speed winds. Those winds have carved an elongated structure within the expanding bubble of gas, creating a cavity. Eventually, the helium fusion will stop and the white dwarf will no longer produce energy. Instead, it will slowly cool over the eons as the surrounding bubble of gas dissipates and vanishes from view. [ESA/XMM-Newton/J.A. Toalá et al.] 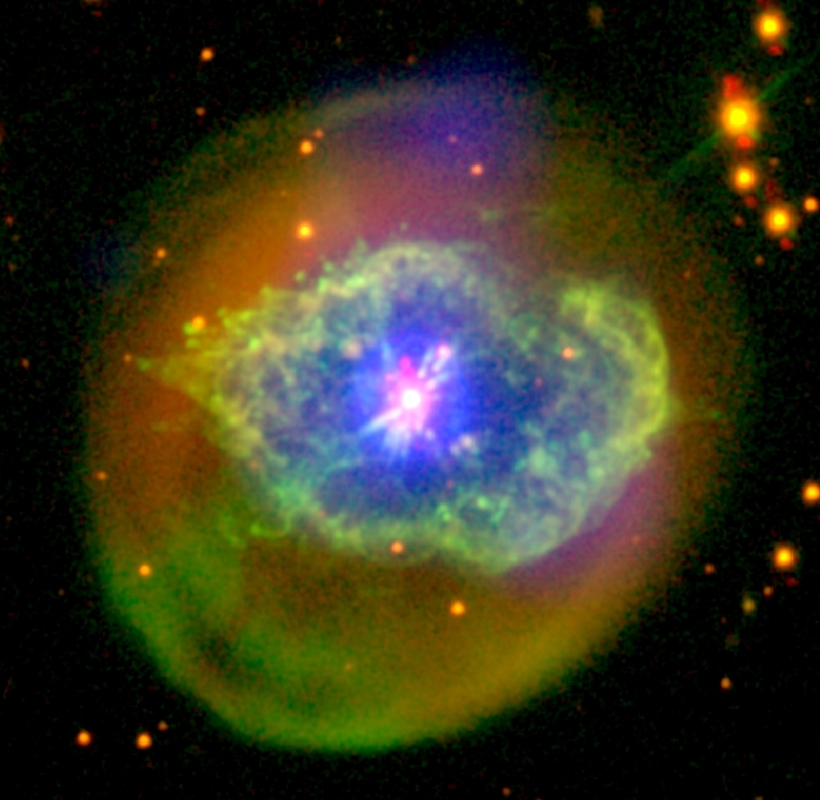