An expanding cloud of gas and dust forms a colorful ring around a dying star in this Hubble Space Telescope view of M57, the Ring Nebula. The nebula is about 2,000 light-years away, in the constellation Lyra.  The nebula is more than one light-year wide. It began forming thousands of year ago, when a star (bright blue dot near center) began expelling its outer layers of gas. The nebula is shaped like a barrel or an hourglass, and we view it from the top. The dark blue color represents the glow of helium, light blue is produced by hydrogen and oxygen, and red is produced by nitrogen and sulfur. [NASA/ESA/Hubble Heritage Team]

Find out more in our radio program entitled
Ring Nebula 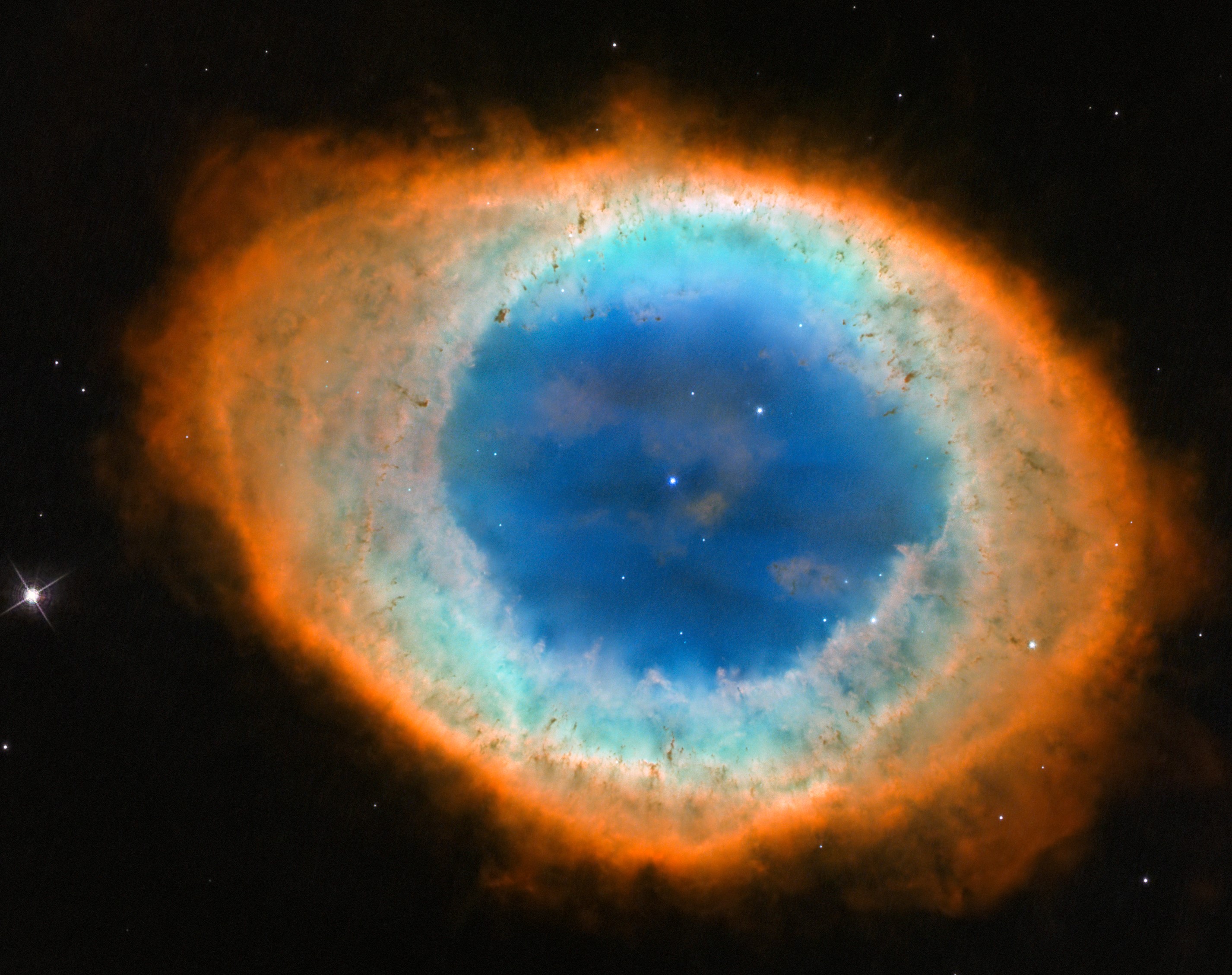