The BepiColombo spacecraft snapped this view of Venus as it passed by the planet on August 10. Its closest approach was just 343 miles (552 km). The close approach was designed to used Venus's gravity to sculpt the spacecraft's orbit around the Sun to allow it to enter orbit around Mercury in 2025. It will fly past Venus one more time, and make six close passes by Mercury, with the first one on October 1. Each encounter changes its speed and direction, helping it approach Mercury at the right angle and velocity. [ESA/BepiColombo/MTM] 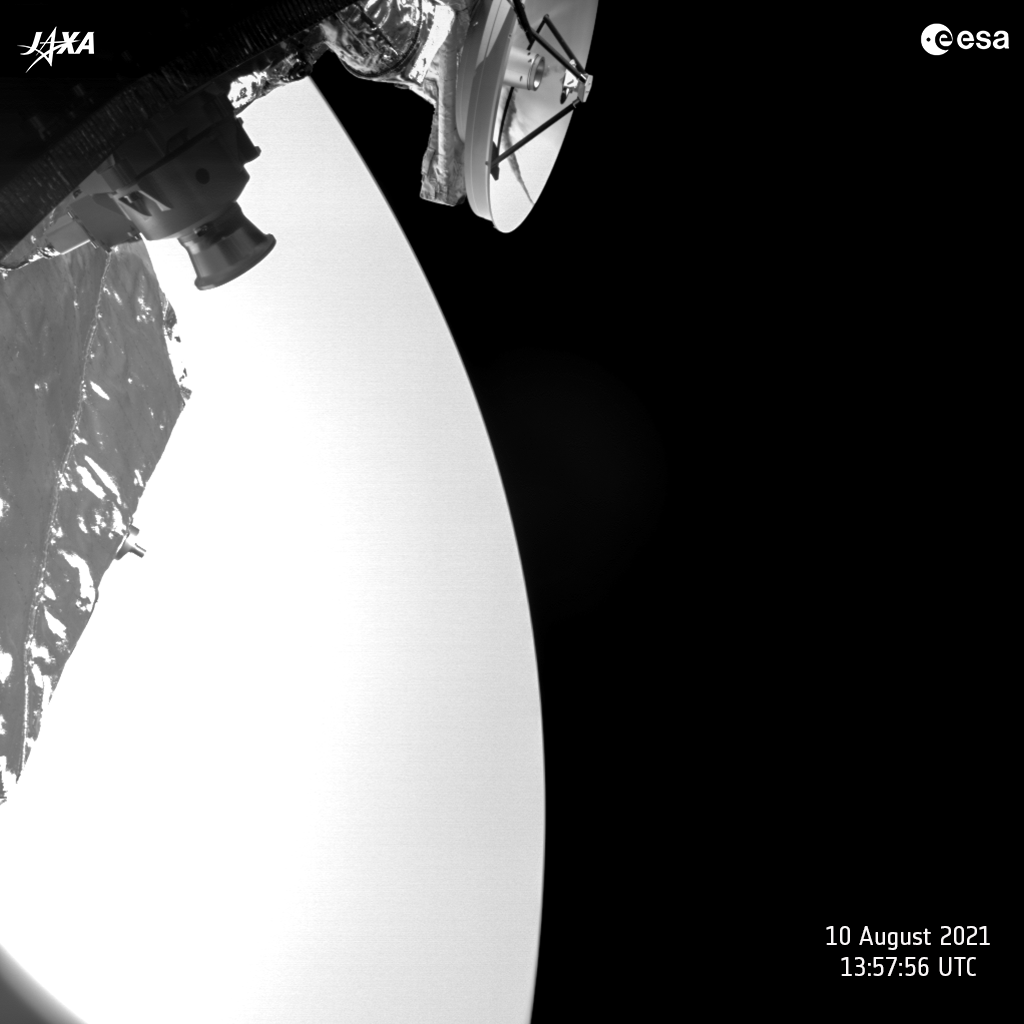