Artemis I, the first test flight of the hardware that is scheduled to ferry astronauts to the Moon and back, launches from Kennedy Space Center in the pre-dawn hours of November 16. The flight consists of the Space Launch System, NASA's most powerful rocket ever (although not the most capable), and the Orion capsule. It will enter orbit around the Moon in about a week, and return to Earth in December. The next Artemis mission, which will launch in 2024 or later, is scheduled to take astronauts to lunar orbit. [NASA/Joel Kowsky] 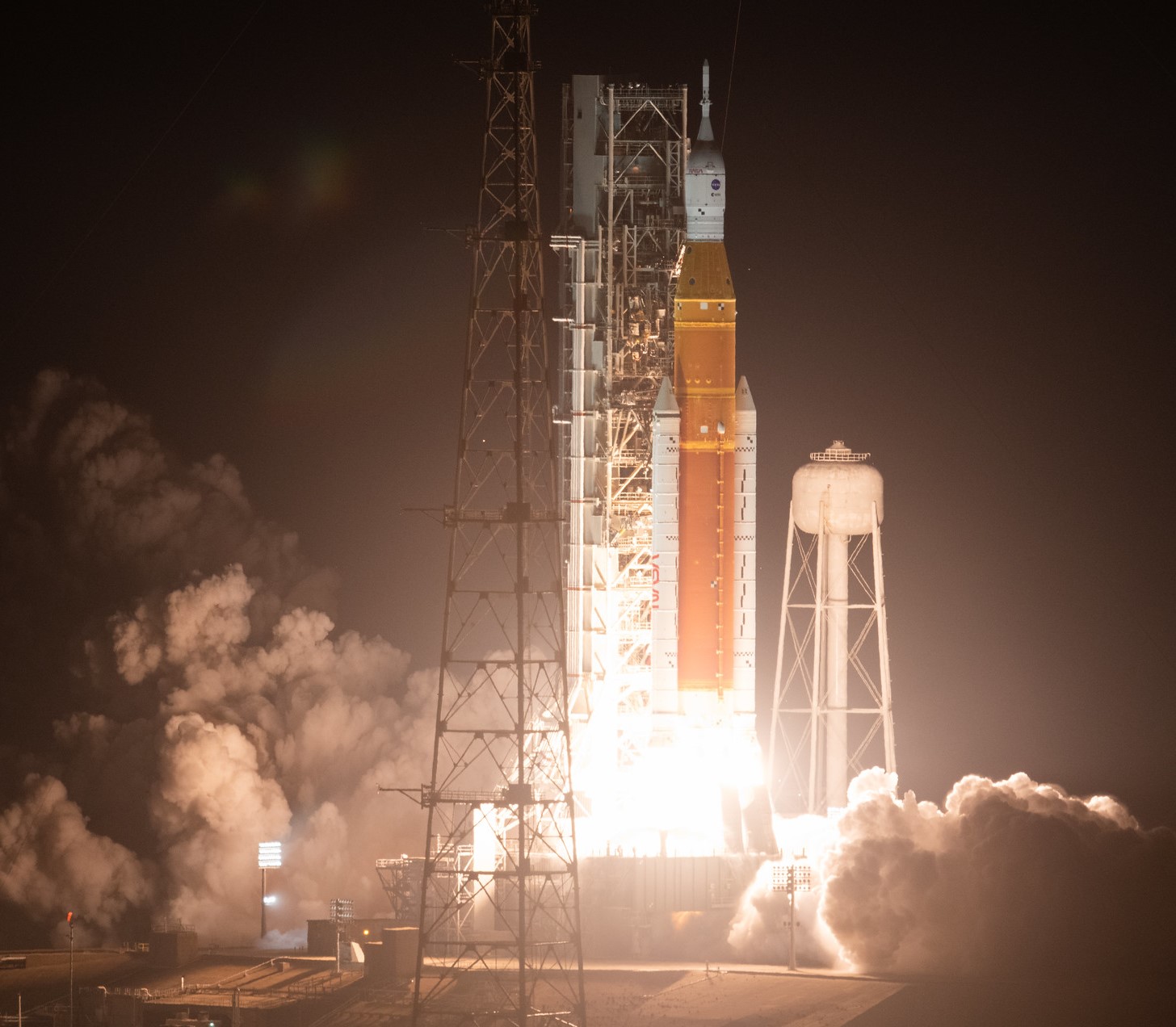 On Its Way | StarDate Online