The Owl Nebula stares at us from near the Big Dipper, in Ursa Major, the great bear. It is the death mask of a star. Nuclear reactions have ceased in the star's core, and the star's outer layers are blowing into space. The layers of gas are energized by ultraviolet radiation from the dying core, which will form a white dwarf. The contours of the surrounding gas show two relatively empty regions, which form the owl's dark "eyes." The glowing gas will continue to expand into space, eventually growing so thin that it will no longer shine. Estimates of the distance to the nebula, which is also known as Messier 97, vary widely, from about 1,000 to 3,000 light-years. [Calar Alto Observatory/Vicent Peris/José Luis Lamadrid/Jack Harvey/Steve Mazlin/Juan Fabregat/Gilles Bergond] 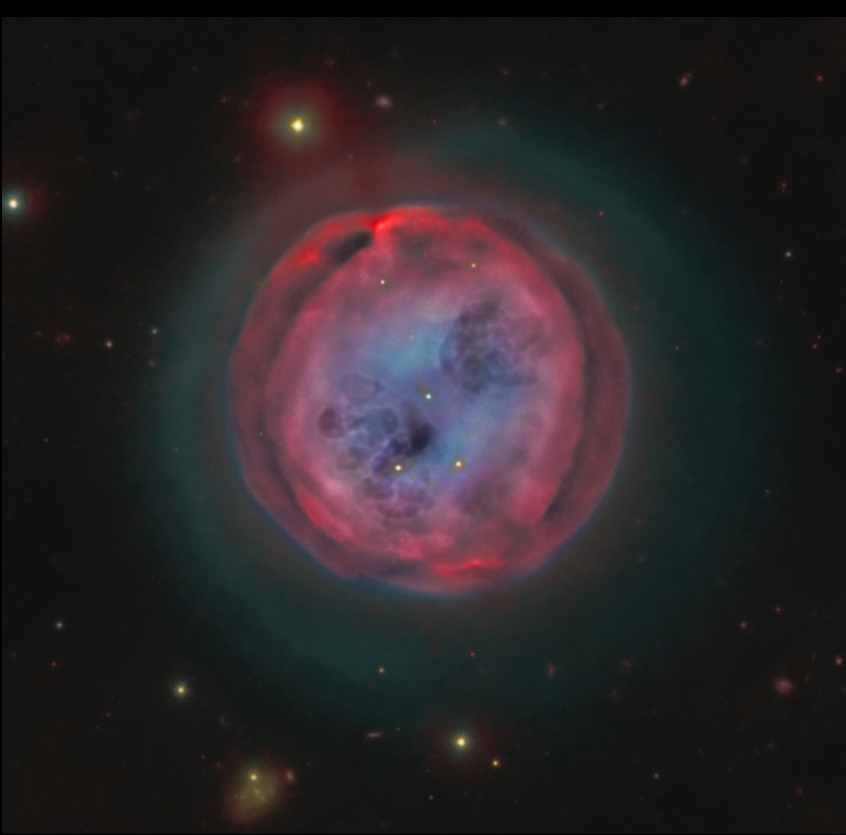 It's a Hoot | StarDate Online