A recently released X-ray view of Cassiopeia A, the remnant of an exploded star, shows several chemical elements manufactured during the explosion racing out into space. Silicon is in red, sulfur in yellow, calcium in green, and iron in purple. The expanding cloud contains enough of these four elements, which were forged inside the star, to make more than 100,000 planets as massive as Earth. Someday, the elements may be incorporated into new stars or planets. Cassiopeia A exploded around the year 1680 as seen from Earth, although there are no confirmed reports that anyone on Earth saw it, perhaps because it was wrapped in a cocoon of dust expelled from the star before its destruction. This image was obtained by Chandra X-Ray Observatory, a space telescope. [NASA/CXC/SAO] 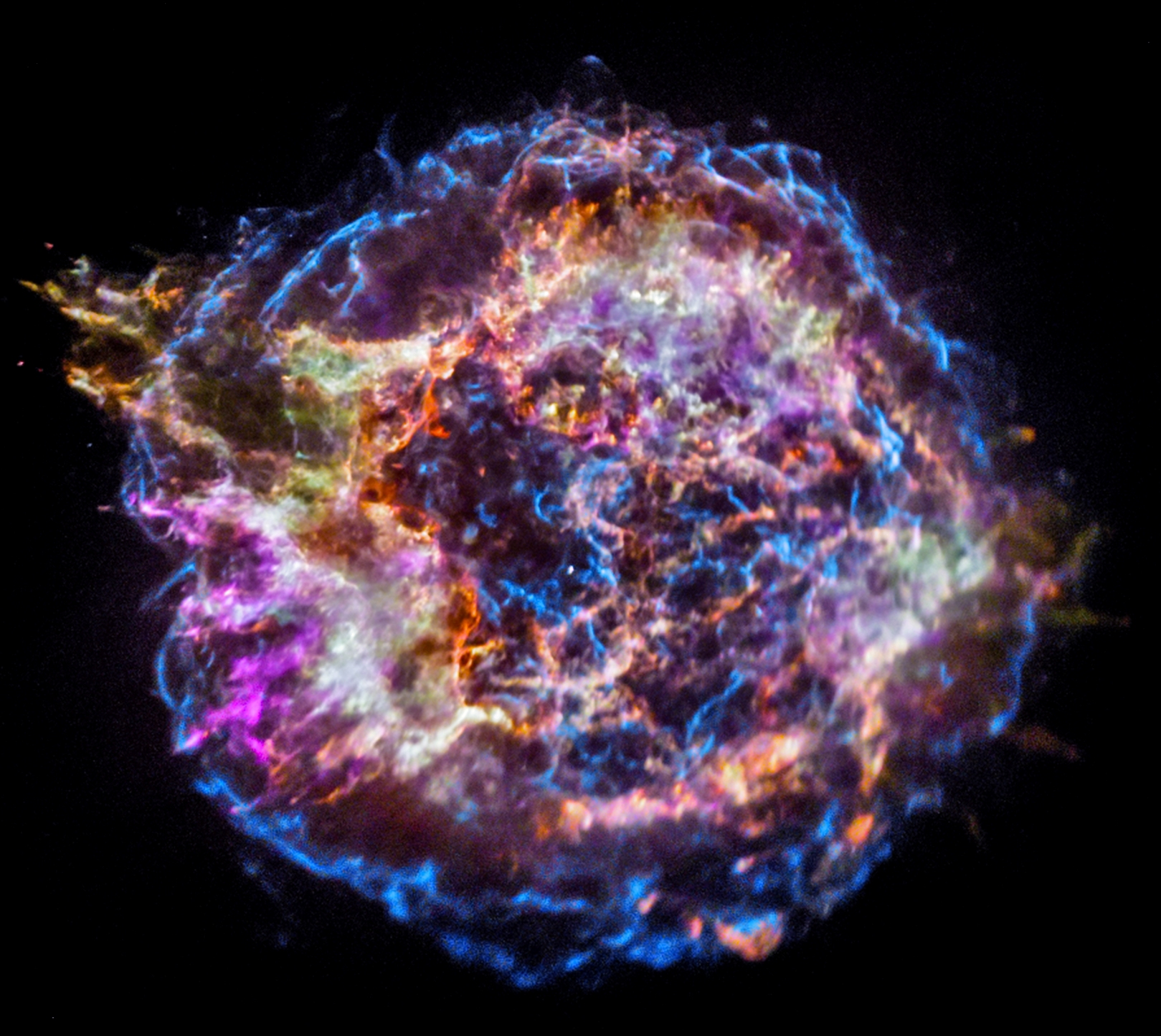