NGC 6503 is a beautiful spiral galaxy spinning through the constellation Draco, the dragon. It is about 18 million light-years away, and spans about 30,000 light-years, which is less than one-third the size of our home galaxy, the Milky Way. It contains tens of billions of stars. The visible universe contains more than 100 billion galaxies, ranging from mere puffballs to behemoths much larger than the Milky Way. Because they are self-contained systems of stars, gas clouds, and planets, they are often called "island universes." [NASA/ESA/D. Calzetti (Univ. Mass.);H. Ford (Johns Hopkins Univ.)/Hubble Heritage Team]

Find out more in our radio program entitled
Galaxies 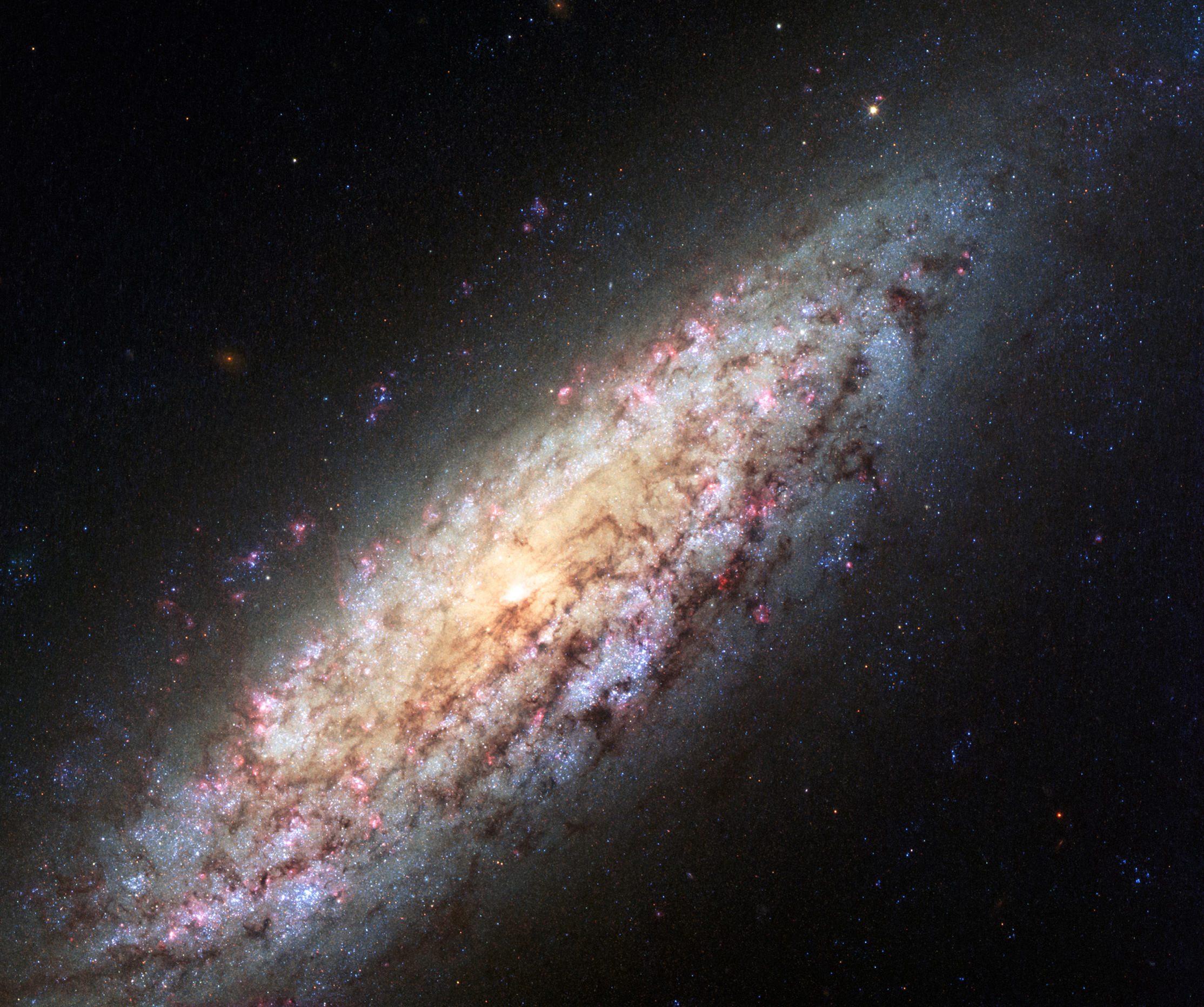