Interlopers from our own solar system form arcs and streaks in this Hubble Space Telescope image of Abell 370, a cluster of hundreds of galaxies about four billion light-years from Earth in the constellation Cetus. The interlopers are asteroids, which are chunks of ice and rock that orbit the Sun. Their paths form arcs because of the telescope's orbital motion around Earth. Not all of the arcs and streaks are asteroids, though. Some are distant galaxies that have been blurred by the cluster's immense gravity. The big, fuzzy, yellowish galaxies in the picture are ellipticals, which typically are old and massive. Many spiral galaxies are visible as well. [NASA/ESA/B. Sunnquist and J. Mack (STScI)] 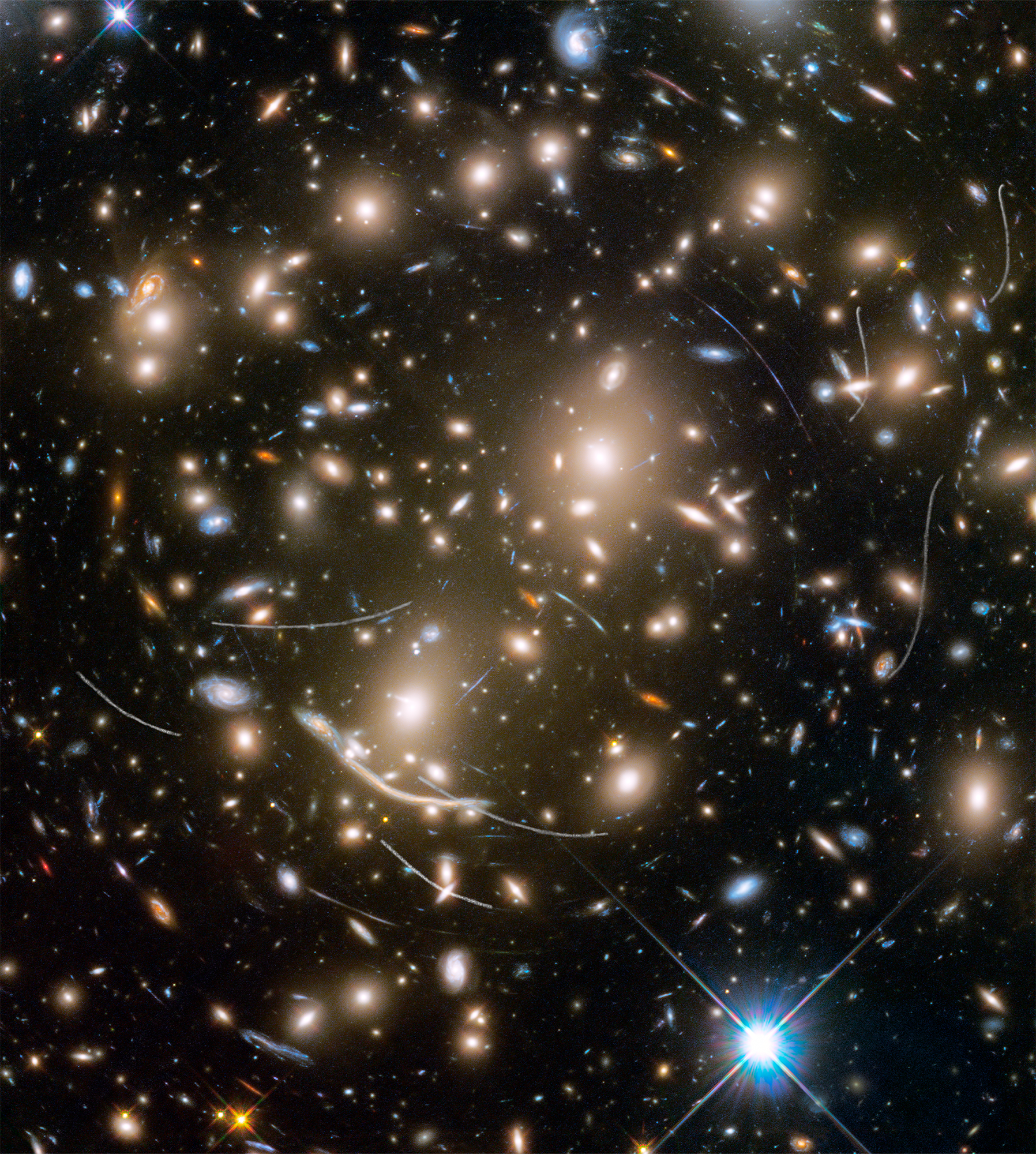