The Cassini spacecraft passes between Saturn and its beautiful rings in this artist's concept of the craft's final days. Cassini passed inside the rings 22 times, providing new details on the mass and structure of the rings and their interactions with Saturn itself. Cassini discovered that ring particles are being guided toward Saturn's mid-latitudes by the planet's magnetic fields. The "rain" is enough to deplete the rings in just 300 million years. When combined with a heavier rain onto the equator, though, the rings could disappear in just 100 million years. [NASA/JPL] 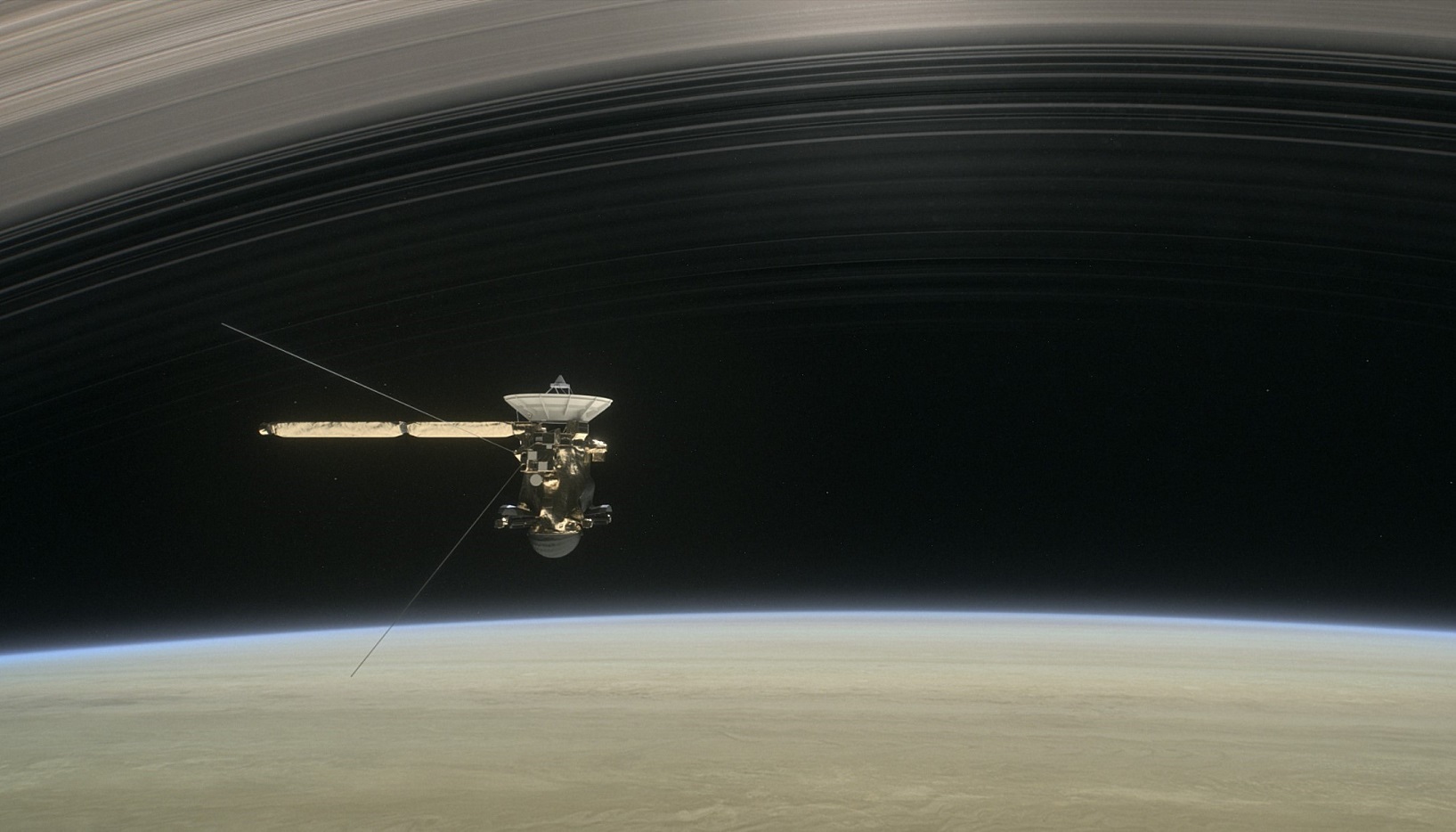