Comets and asteroids bombard the surface of a planet orbiting the star Tau Ceti in this artist's concept. The star is just 12 light-years away, and has four confirmed planets, including two in the habitable zone, the region that is most comfortable for life. But the planets are surrounded by a disk of large debris. Objects from the disk probably pound the surface frequently, producing global cataclysms that could prevent the formation of life or exterminate any that had taken hold. The first search for extraterrestrial intelligence, Project Ozma, scanned the system with a radio telescope 60 years ago, but heard nothing. [David Hardy/PPARC]

Find out more in our radio program entitled
Tau Ceti 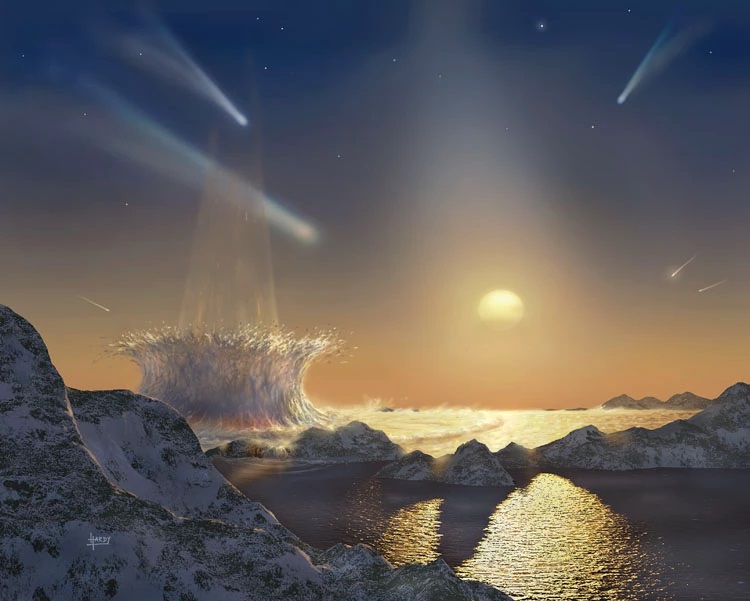