A February 14 image of Comet Churyumov-Gerasimenko from the Rosetta spacecraft reveals details as small as an office desk. Mission scientists have named the smooth, dust-covered area at the top of the image Imhotep after an Egyptian vizier who is considered to be an early astronomer. The large, round boulder in the top of this zone is named Cheops, the Greek name for the pharaoh Khufu, who built the first and largest of the Giza pyramids. This image was snapped from a distance of just six miles (9 km), which was Rosetta's closest approach to the comet to date. [ESA/Rosetta/Navcam] 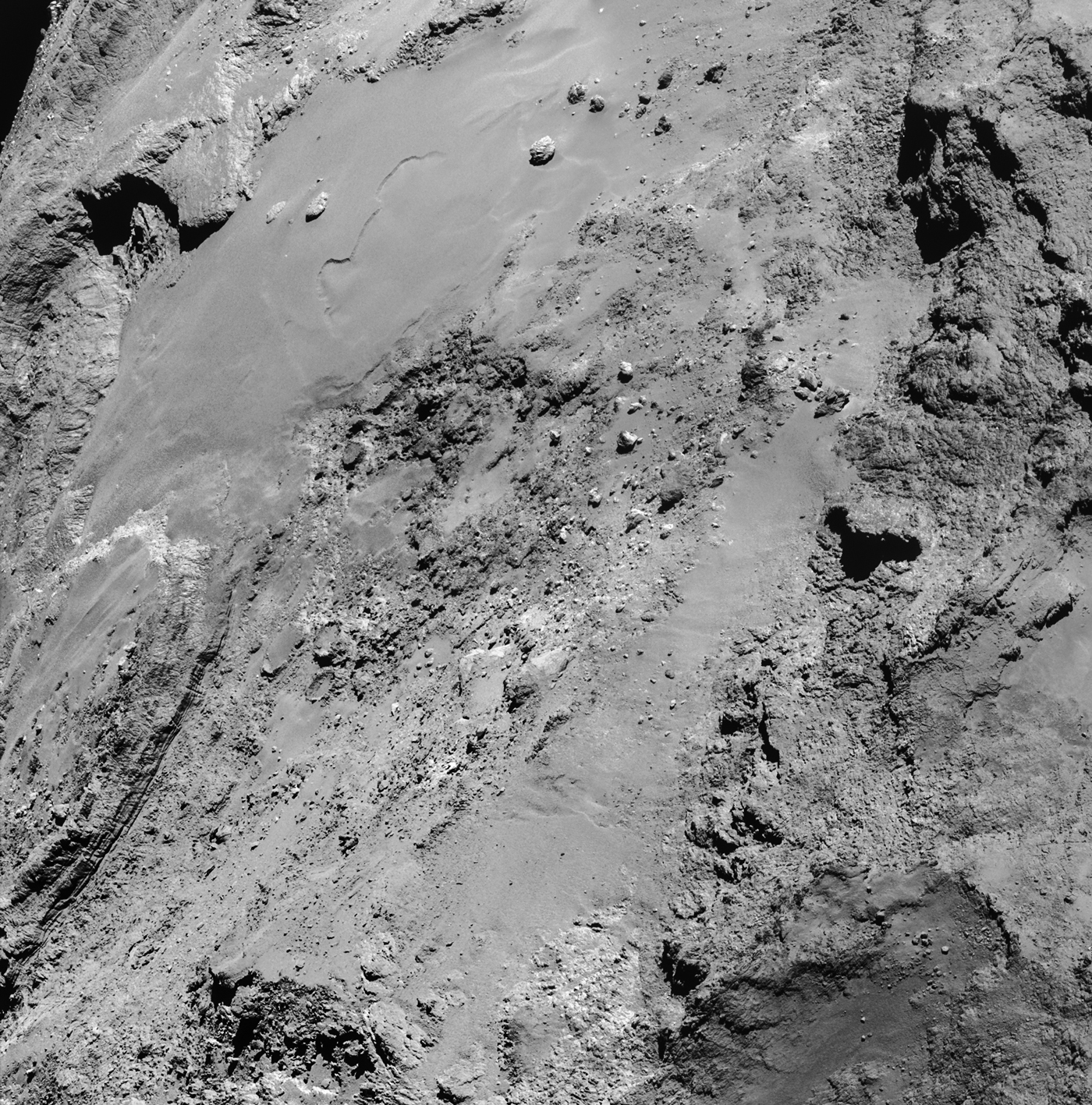