Billions of icy bodies inhabit the Kuiper Belt, a wide band beyond the orbit of Neptune, the solar system's most remote major planet. The most famous member of the belt is Pluto. The New Horizons probe will pass close to Pluto on July 14. Mission managers are working to resolve a problem that caused New Horizons to suspend science observations and enter safe mode on July 4. The craft itself is in good health and is in contact with Earth, according to a project statement. [NASA] 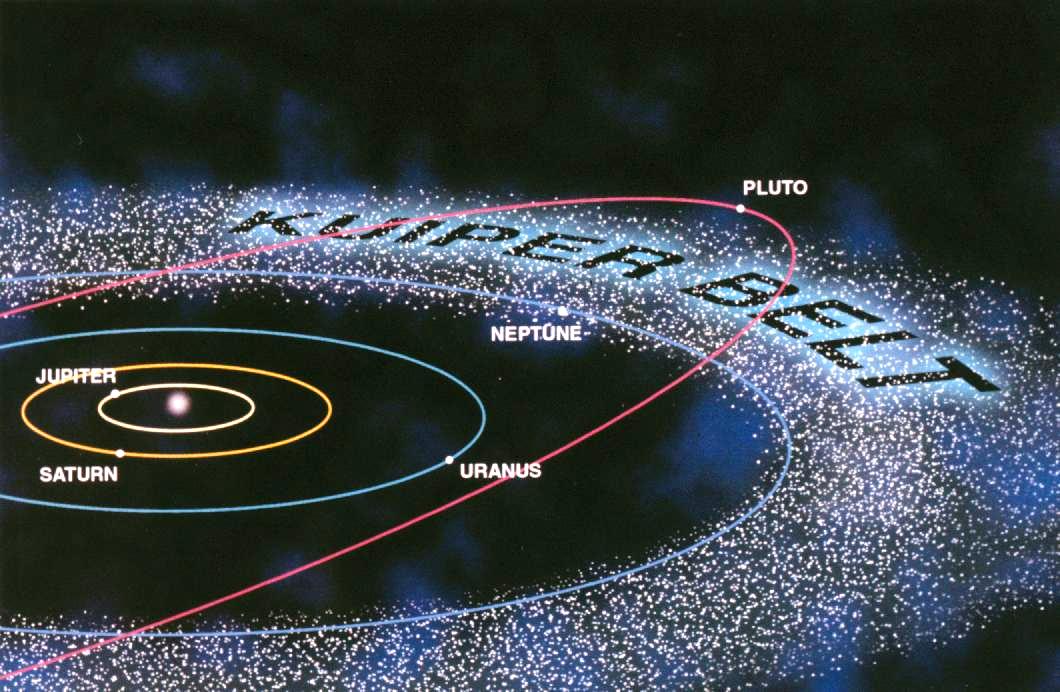