Clouds rotate across the surface of a brown dwarf in this series of images snapped by the Very Large Telescope in Chile. The images were snapped roughly 48 minutes apart. The brown dwarf, known informally as Luhman 16B (after its discoverer), is about six light-years from Earth. It is more massive than a planet, but not massive enough to ignite nuclear fusion in its core and shine as a star. Like a star, though, it is made of gas. It is cool enough for molecules to condense to form solid particles in its upper atmosphere. These particles then form clouds. Astronomers have discovered clouds on several other brown dwarfs as well. [ESO/I. Crossfield]

Find out more in our radio program entitled
Hot Weather 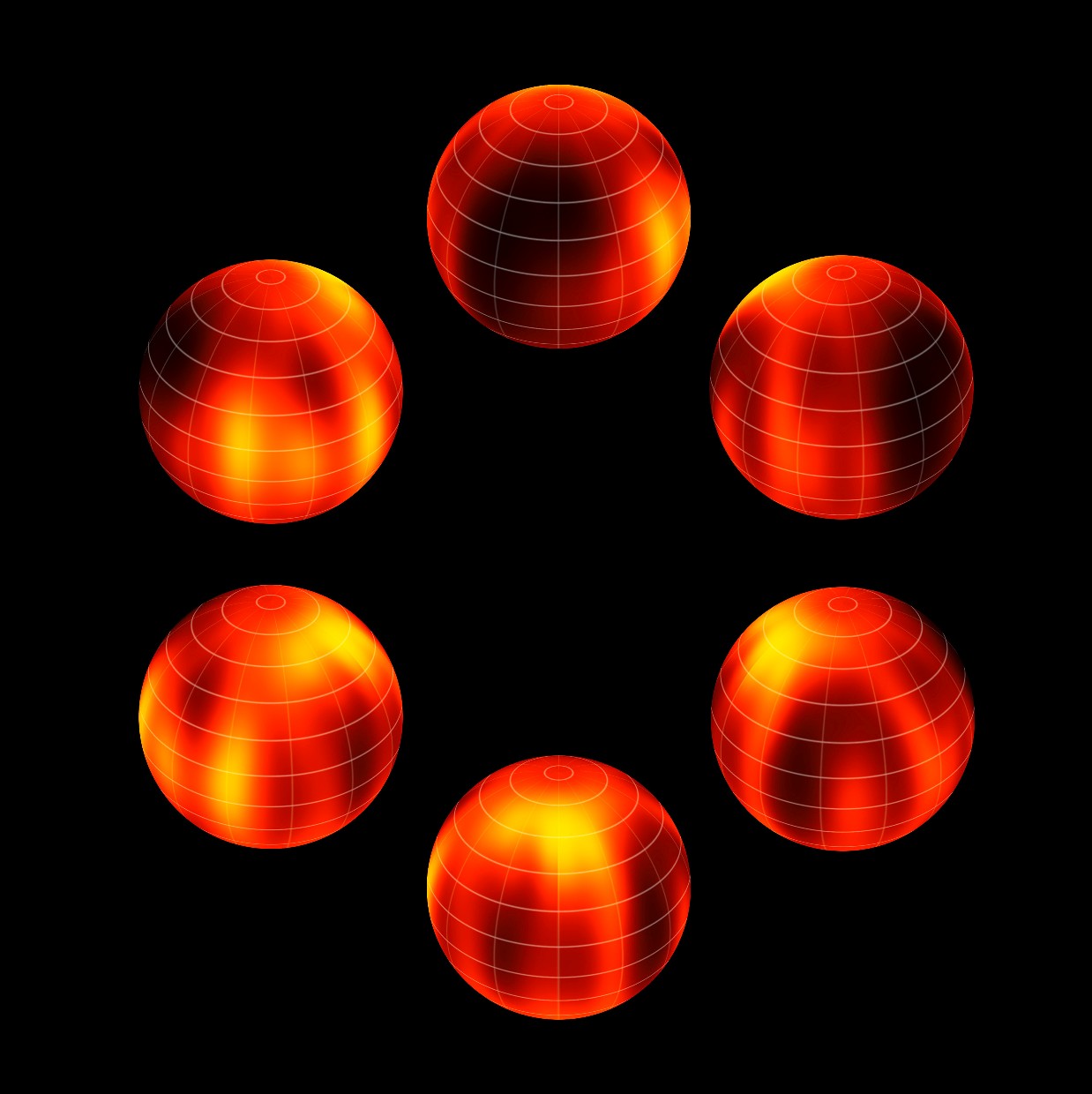