Scores of volcanoes form bright spots on the surface of Io, one of the larger moons of Jupiter and the most volcanically active body in the solar system. The image was shot at infrared wavelengths by the Juno spacecraft, which is orbiting Jupiter, from a distance of roughly 50,000 miles (80,000 km). Juno will focus on several of Jupiter's moons as part of its extended mission. It will pass less than 1,000 miles from Io twice during that mission period. This image was shot in July 2022 and released in December. [NASA/JPL-Caltech/SwRI/ASI/INAF/JIRAM] 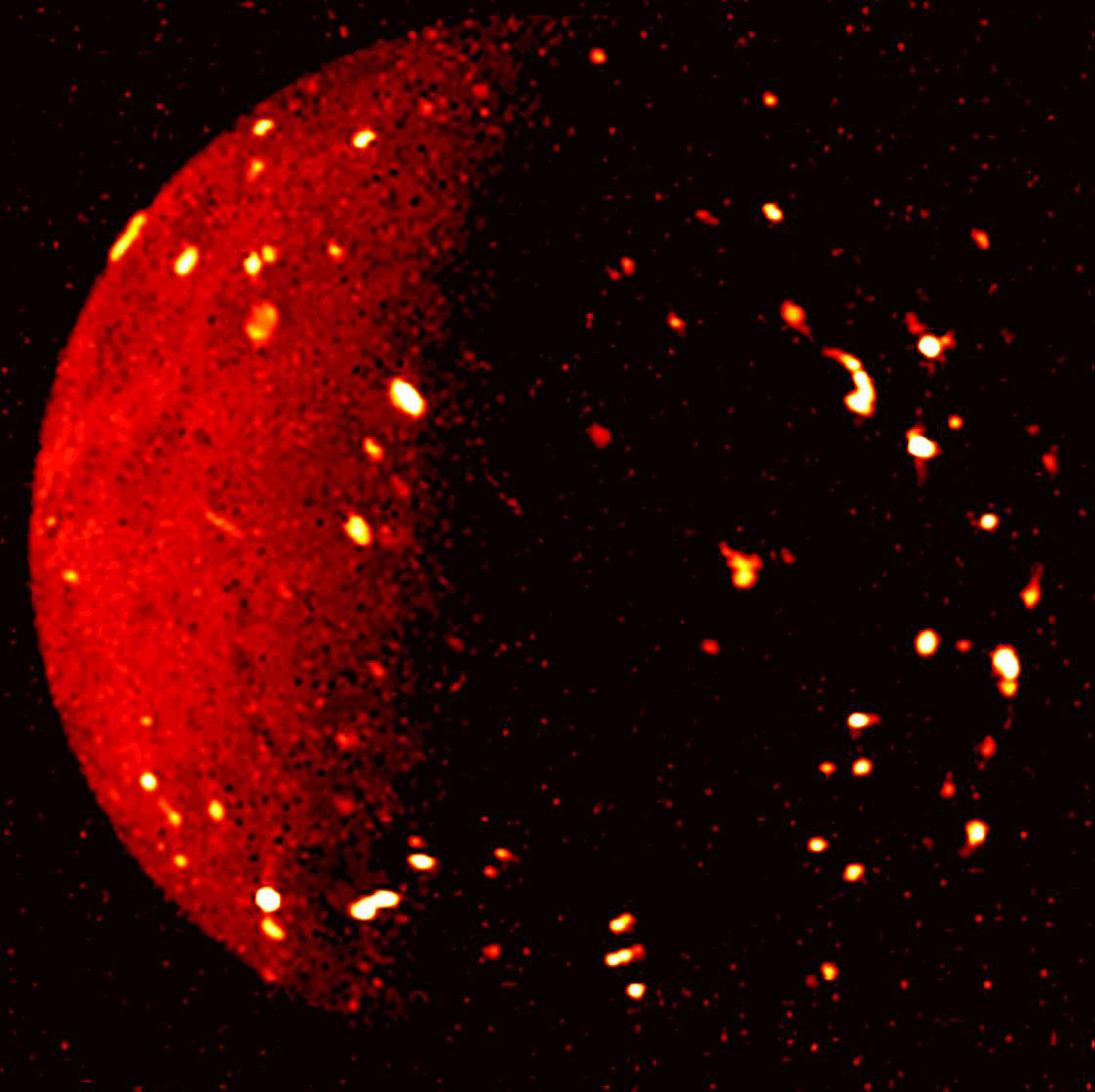