This artist's concept shows the skies of Venus, the hottest planet in the solar system. Although it is farther from the Sun than Mercury is, Venus's peak temperatures are more than 100 degrees Fahrenheit higher than Mercury's. Venus's dense carbon-dioxide atmosphere traps solar heat, kicking its temperatures up a notch. And Venus maintains those temperatures across the planet, both day and night, whereas Mercury's peak temperatures are recorded around local noon at the equator, with other regions of the planet not nearly as hot. Venus and Mercury appear together in the early evening sky for the final few nights of 2021. Venus is the Evening Star, with fainter Mercury climbing past it. [ESA]

Find out more in our radio program entitled
Venus and Mercury 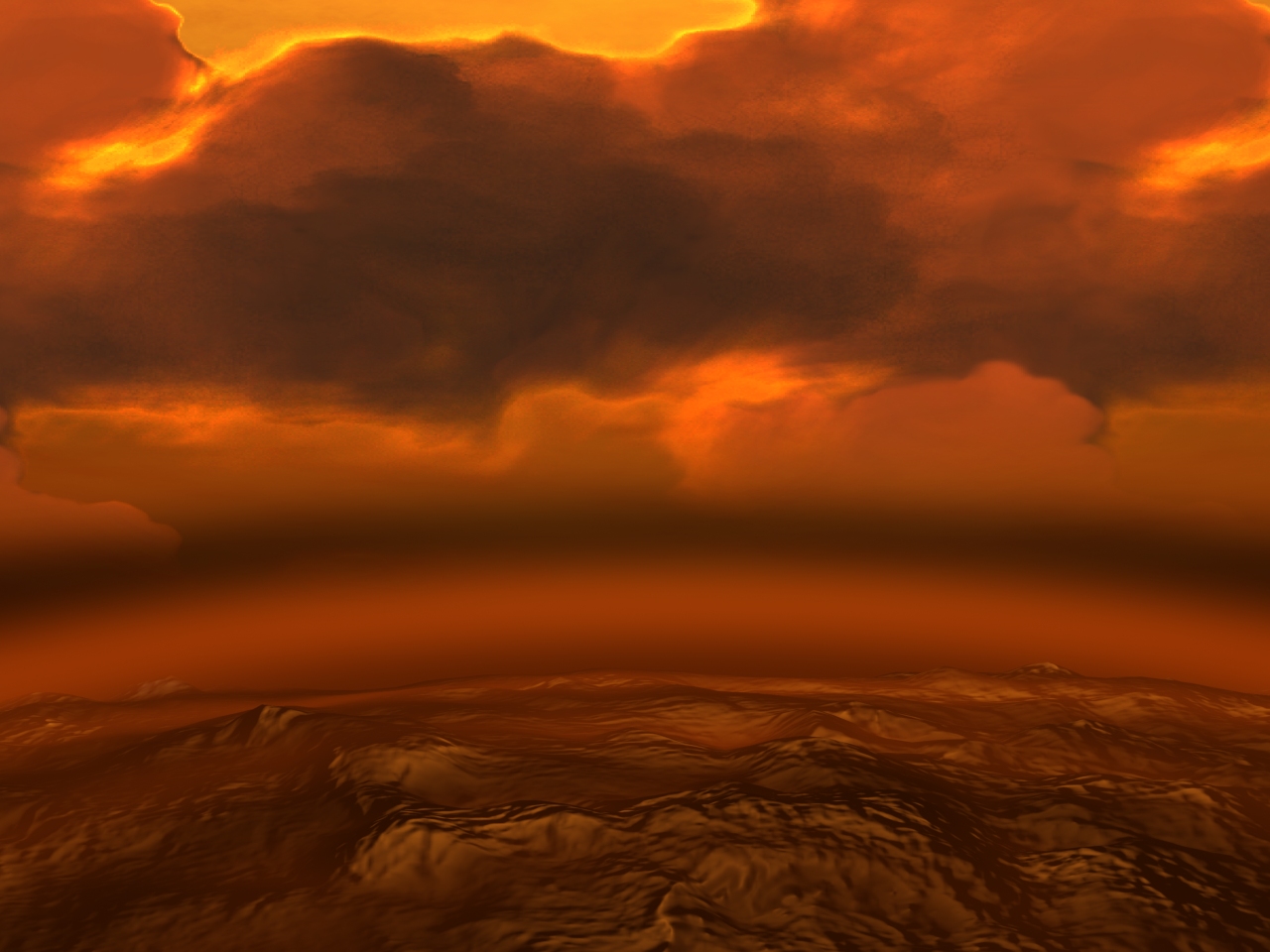