The largest volcanic feature on Jupiter's moon Io looks like a dark horseshoe at the lower right of this mosaic of images from the Galileo spacecraft. Known as Loki Patera, it covers an area bigger than Lake Ontario. It's filled with molten rock, which forms a dark crust as its surface cools. Occasionally, though, the crust sinks and melts in a wave that takes weeks to traverse the entire feature. The exposed lava then cools and forms a new crust. [NASA/JPL] 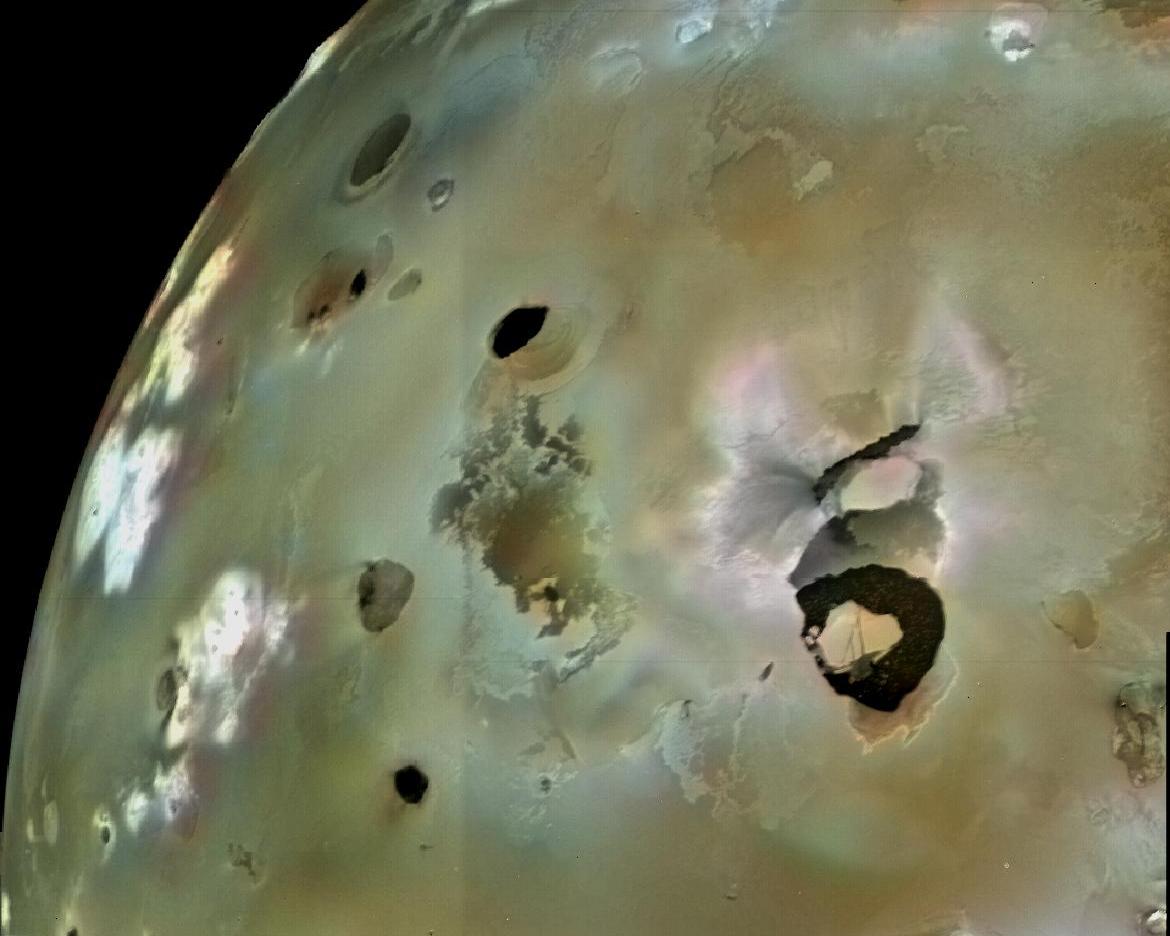