This artist's concept shows a new spacecraft, Parker Solar Probe, peering at the Sun from far closer range than any previous mission. Scheduled for launch no earlier than August 6, the craft will study the Sun's hot outer atmosphere, known as the corona, and the region where the solar wind is generated. It will loop around the Sun 24 times, eventually dropping to within about four million miles (six million km) of the Sun's surface. A Sun shield will be heated to 2,500 degrees Fahrenheit, but will keep the craft's instruments at room temperatures. [NASA/JHUAPL/Steve Gribben]

Find out more in our radio program entitled
Probing the Sun 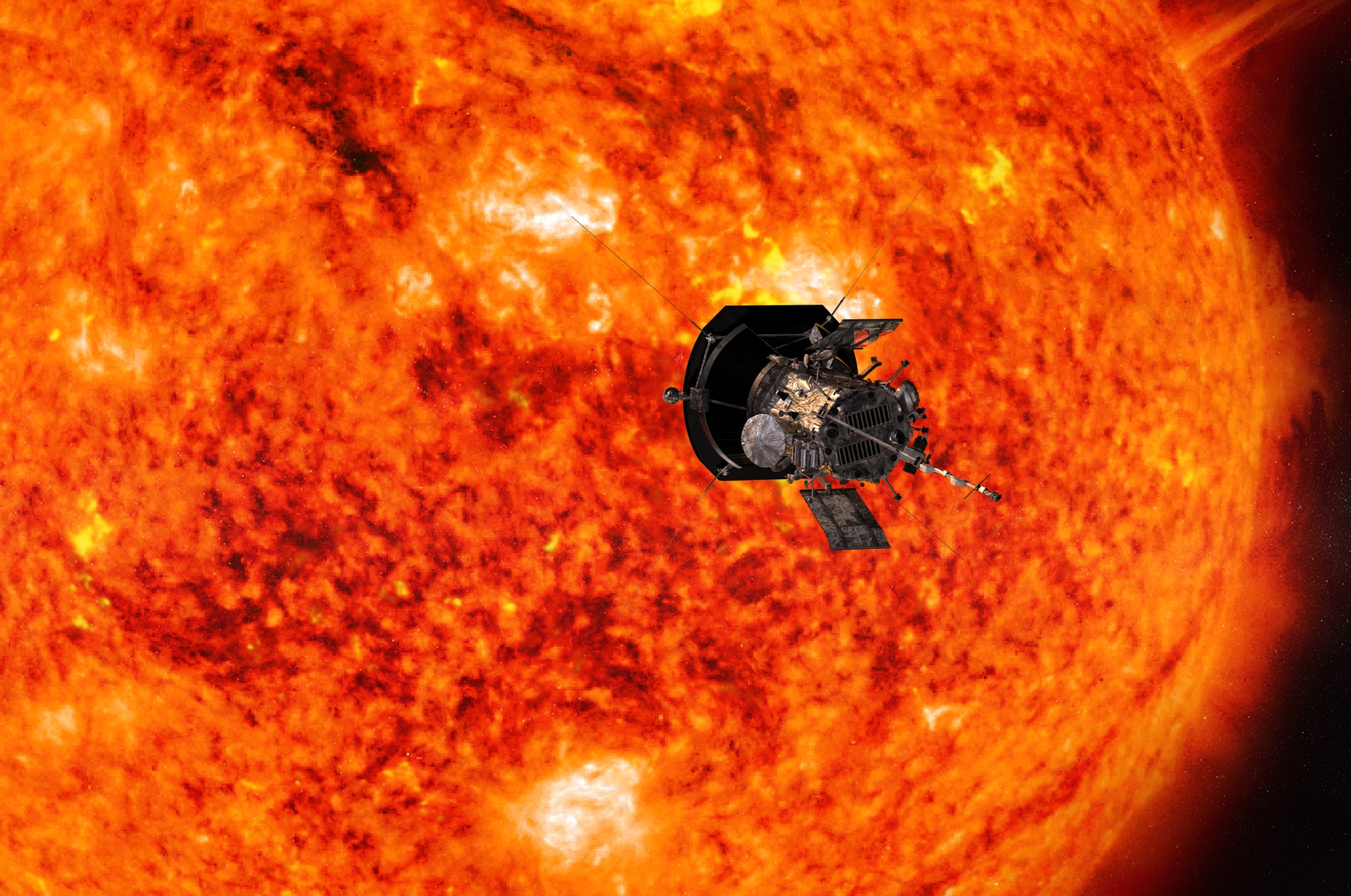