This artist's impression shows a recently discovered system that contains both a white dwarf (left), which is the hot, dense corpse of a once-normal star, and a brown dwarf (foreground), an object that's not massive enough to shine as a star, but is heavier than a planet. The brown dwarf is among a group of 100 recently discovered by Backyard Worlds, a network of volunteers that combs through archival observations from two telescopes, one in Arizona and another in Chile. [NOIRLab/NSF/AURA/P. Marenfeld] 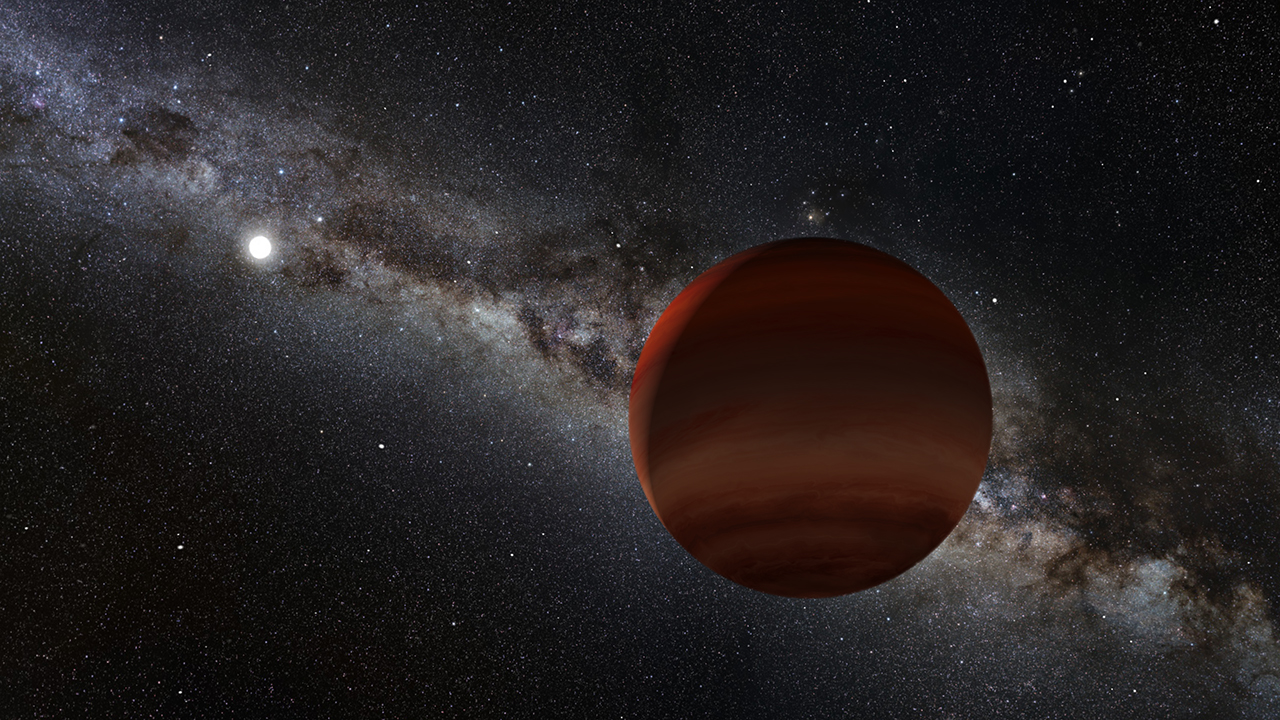