A Chinese spacecraft carrying samples from the surface of the Moon approaches its mothership in lunar orbit with a crescent Earth in the background in this December 5 image. The Chang'e 5 mission deposited a lander on the Moon's Ocean of Storms on December 1. It photographed its landing site and scooped several ounces of rock and dirt into a sample-return container. The top half of the lander then fired its own rocket engine to return to lunar orbit, where it docked with the mothership. It later transferred its sample capsule to the mothership for return to Earth in mid-December. The last lunar sample-return mission was the Soviet Union's Luna 24 in 1976. This would be the second return of materials from other solar-system bodies in less than a month after Japan's Hayabusa 2 landed in Australia on December 5 with samples of an asteroid. [CNAS/CLEP] 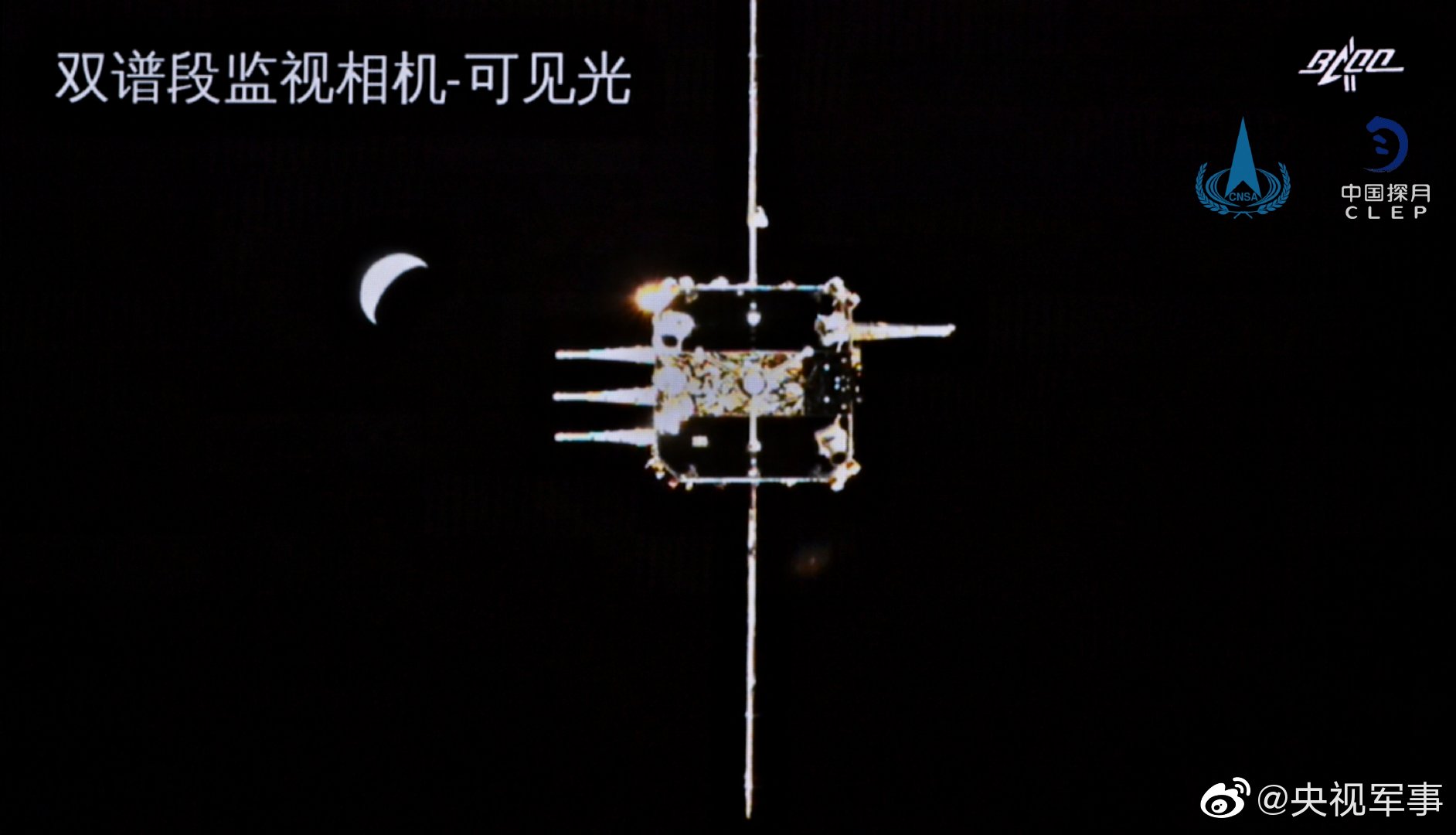