A possible collision between two galaxies may have sculpted Hoag's Object, an odd galaxy about 600 million light-years away. It consists of a dense core of old stars surrounded by a ring of younger stars, but there's not much connecting them. A smaller galactic "bullet" might have punched through the center of Hoag's Object, disrupting its original spiral shape. Astronomers have proposed several other suggestions for the beautiful galaxy, which is unlike any other yet seen. [NASA/Hubble Heritage Team (STScI/AURA]

Find out more in our radio program entitled
Hoag’s Object 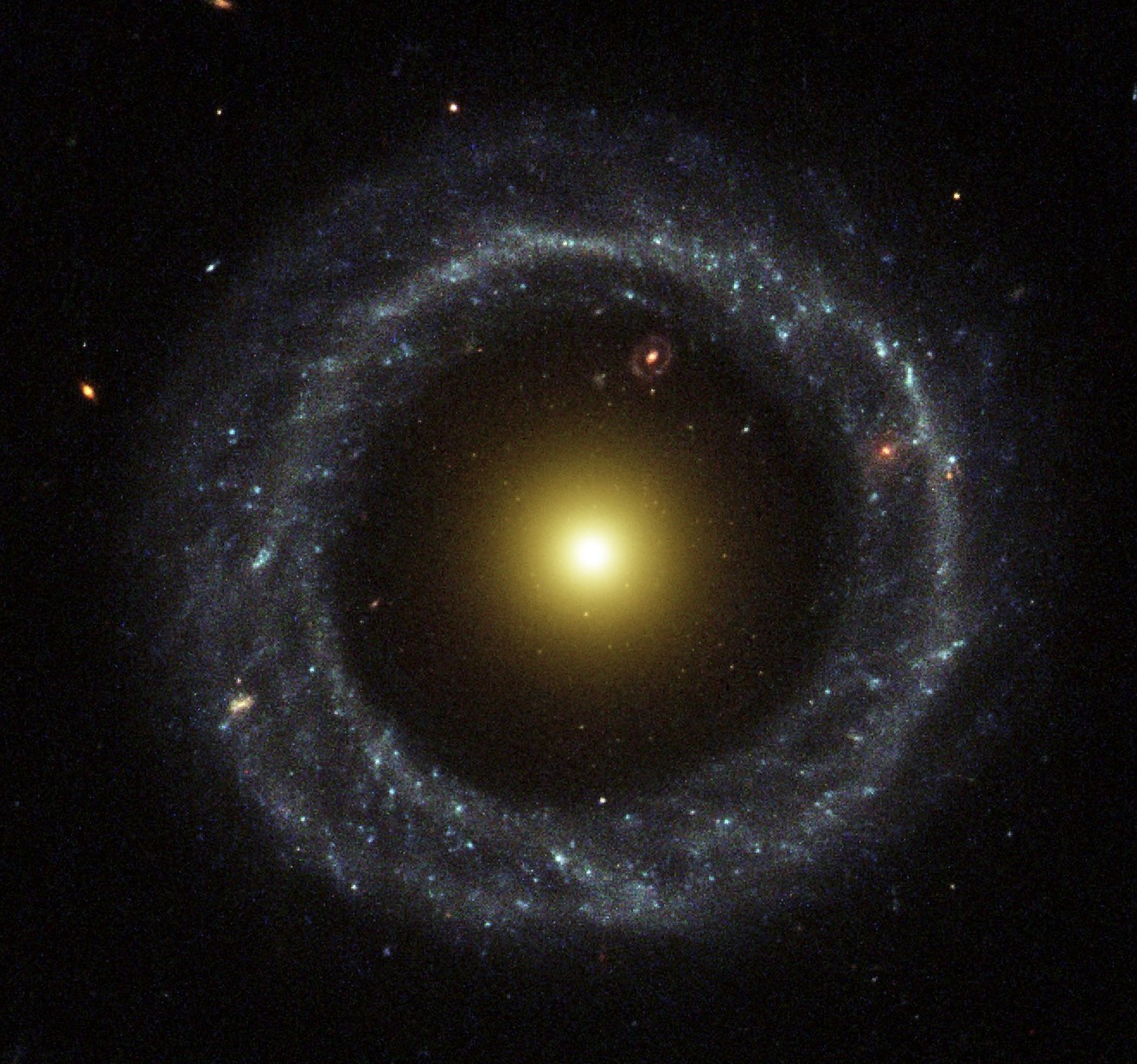