A set of telescopes known collectively as Astro-2 aims toward space from the cargo bay of space shuttle Endeavour. The mission was launched on March2, 1995. The shuttle's crew operated three telescopes, which observed the universe in infrared light, which is impossible to see from the ground. Astro-2 snapped hundreds of images, of everything from the Moon to distant galaxies, and took hundreds of other observations. [NASA]

Find out more in our radio program entitled
Astro-2 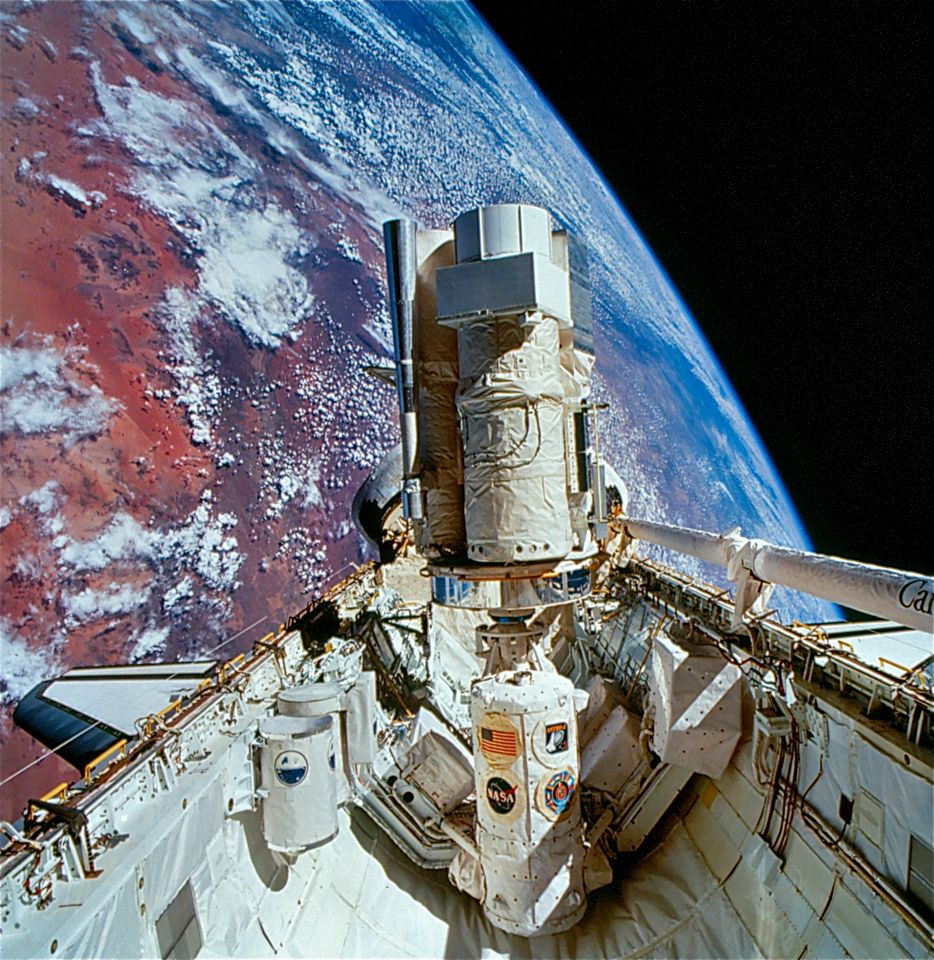