An artist's concept depicts the newly discovered asteroid 2022 AP7. It is roughly one mile (1.5 km) in diameter, and its orbit crosses Earth's so it could someday threaten our planet. It spends most of its time closer to the Sun, however, so it was only recently found in the solar glare. Astronomers discovered two other asteroids in the same project, including the closest one to the Sun ever seen. Their orbits are contained safely inside Earth's, so they present no threat. The asteroid discoveries were a byproduct of a project that is studying dark energy, a mysterious force that appears to cause the universe to expand faster as it ages. [DOE/FNAL/DECam/CTIO/NOIRLab/NSF/AURA/J. da Silva/Spaceengine] 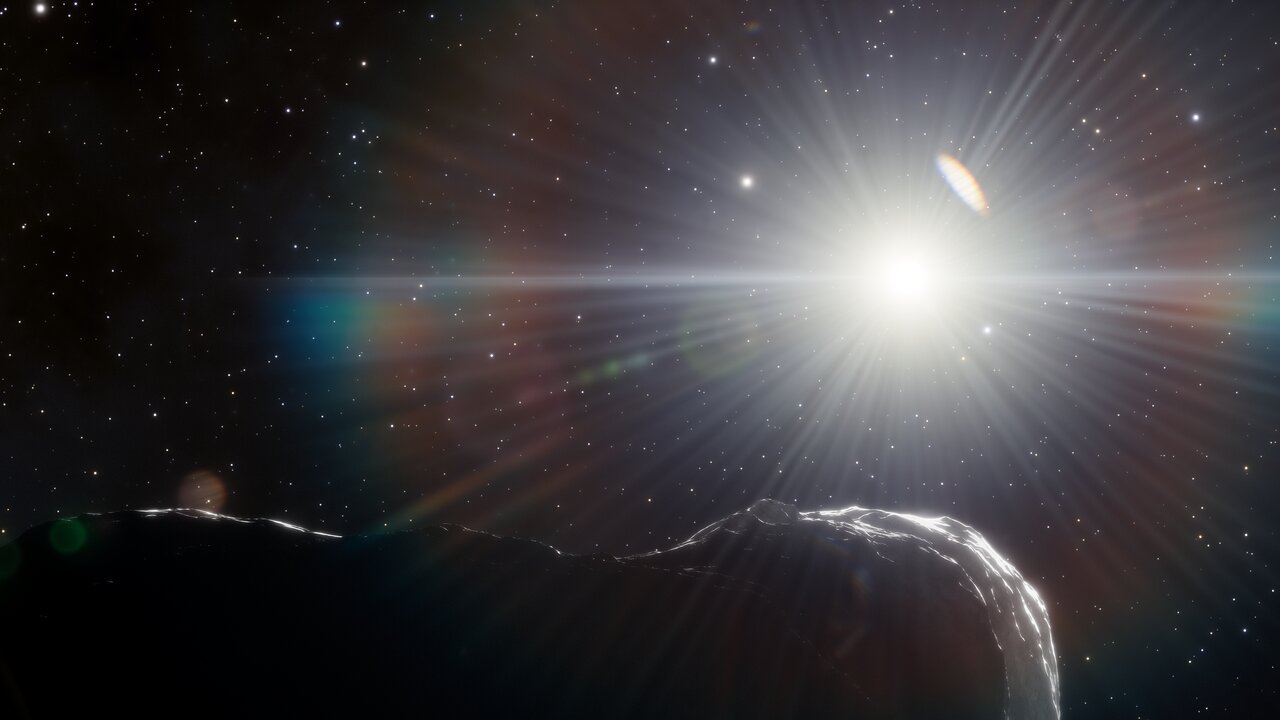