An amateur astronomer recently found a dwarf galaxy in the fringes of the giant Andromeda Galaxy by examining an archive of images from the Dark Energy Camera on a telescope in Chile. Professional astronomers followed up with detailed observations with other telescopes. The galaxy, named Pegasus V, has tiny amounts of elements other than hydrogen and helium, which were created in the Big Bang. That suggests the galaxy is a "fossil" from the early universe that has undergone little change. [International Gemini Observatory/NOIRLab/NSF/AURA] 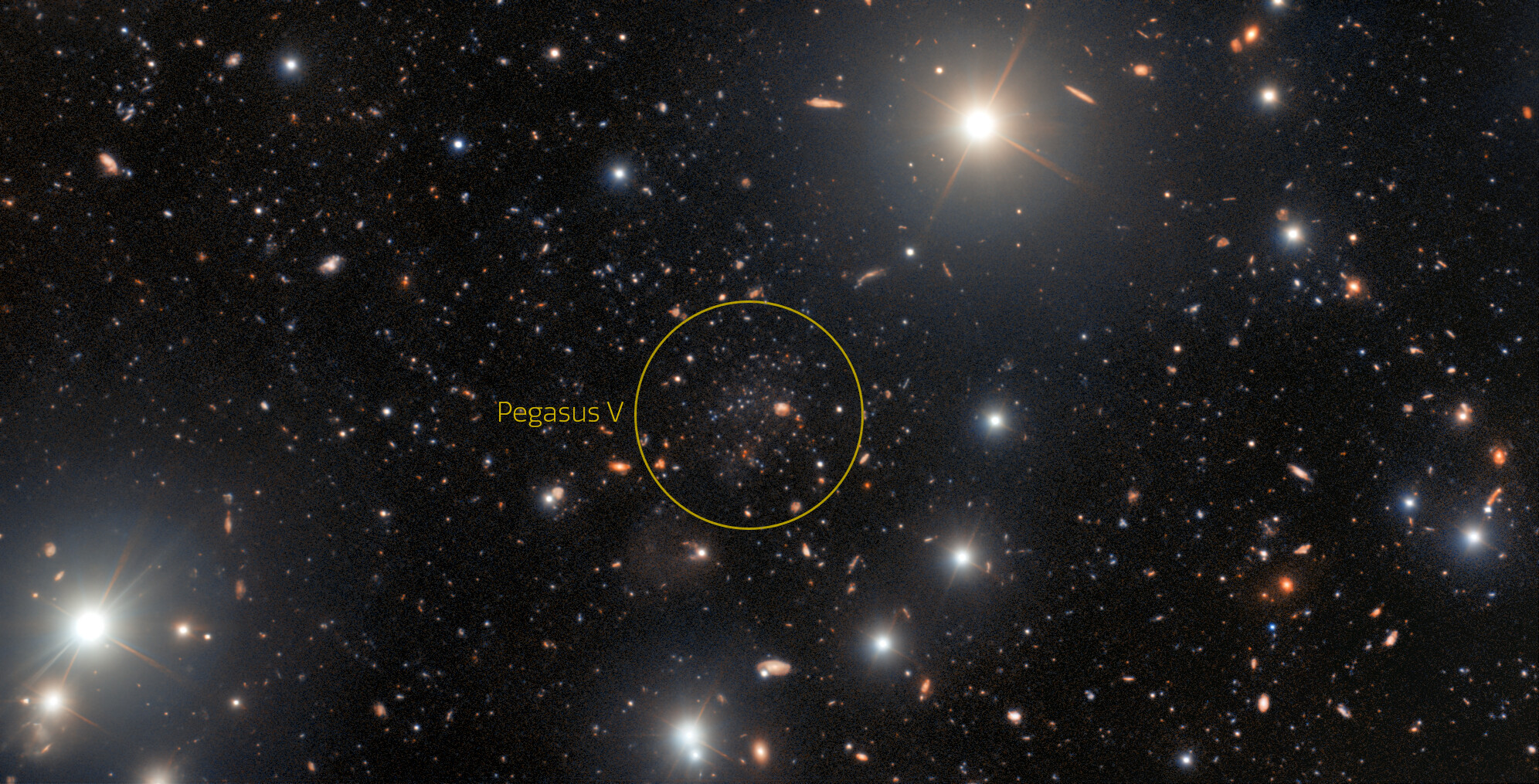