Details as small as 250 miles (400 km) across are visible in these images of the Sun's hot outer atmosphere from Solar Orbiter, a European mission, which were released on July 16. The images were snapped from a distance of 48 million miles (77 million km), or roughly one-half the distance from Earth to the Sun. They are the closest ultraviolet images of the Sun ever taken. They show small eruptions known as campfires, as well as other features. Solar Orbiter, launched in February, will pass even closer to the Sun on subsequent orbits. [Solar Orbiter/EUI Team/ESA & NASA; CSL, IAS, MPS, PMOD/WRC, ROB, UCL/MSSL] 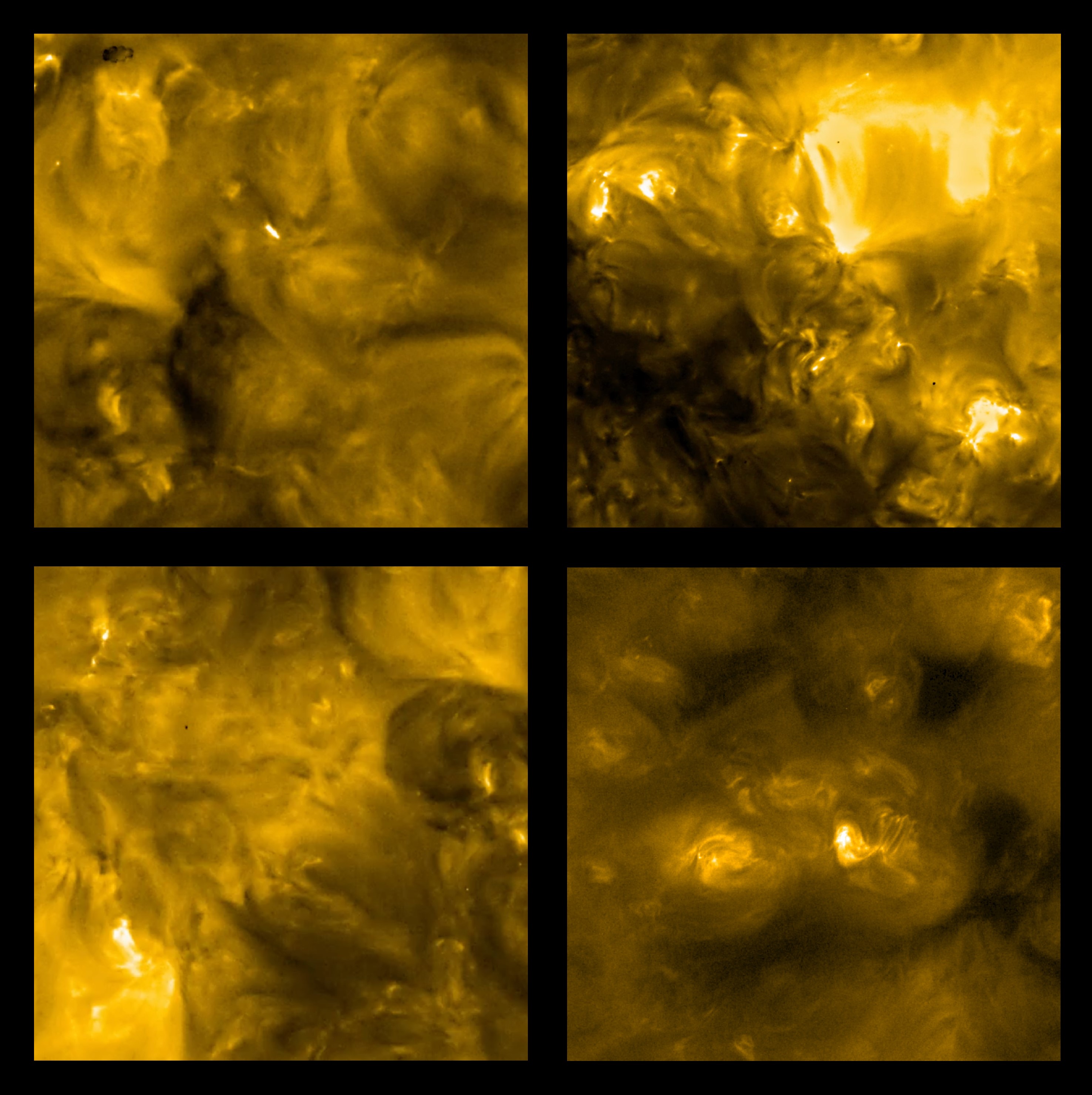