Parker Solar Probe enters the Sun's extended outer atmosphere, known as the corona, in this artist's concept. In early 2021, Parker became the first spacecraft to enter the corona, which is heated to more than a million degrees, approaching to within a few million miles of the Sun's surface. It will approach even closer on subsequent passes over the next few years. [NASA]

Find out more in our radio program entitled
Taking a Dive 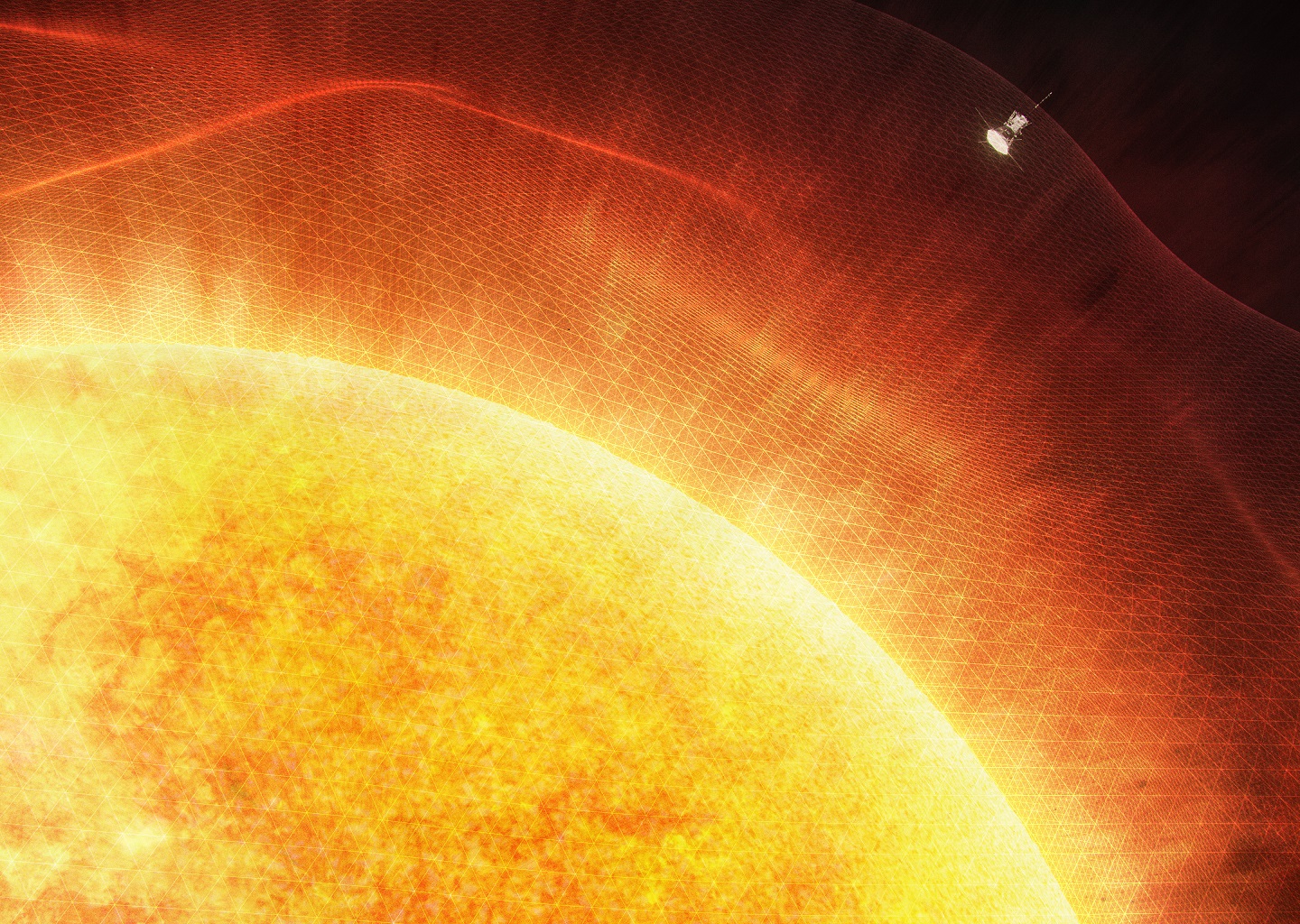