A recently discovered object heads toward the inner solar system in this artist's concept. 2016 WF9 was recently discovered by Neowise, an infrared space telescope. Its orbit carries it as far out as Jupiter, the fifth planet from the Sun. Currently, though, it's nearing its closest approach to the Sun, which will be just inside Earth's orbit. It will remain more than 30 million miles from Earth, however. Scientists say the object could be either an icy comet or a rocky asteroid. Observations as it nears the Sun will reveal whether it grows a long, glowing tail, which would indicate a cometary origin. In this view, the Pleiades star cluster stands just to the upper left of 2016 WF9, with the V-shaped Hyades cluster and the bright orange star Aldebaran farther to the left. [NASA/JPL/Caltech] 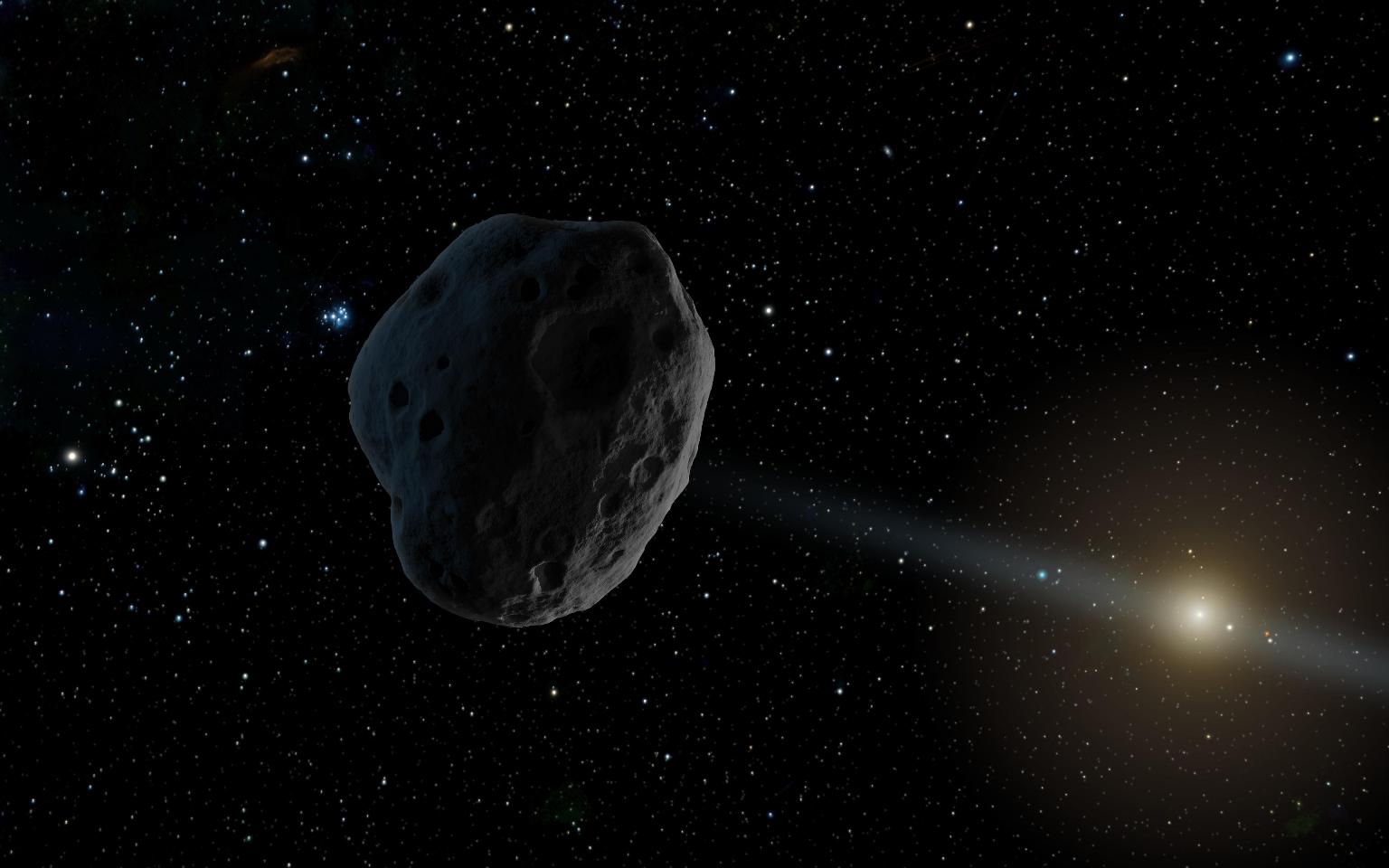