Cracks and deep canyons highlight this first good view of the north polar region of Enceladus, a moon of Saturn. The Cassini spacecraft snapped this photo on October 14, during the first of three final close encounters with the moon. The north polar region has been in shadow during most of Cassini's time at Saturn, so this was the first good look at it. Cassini was about 4,000 miles from Cassini when it took the image. It will pass just 30 miles above the south pole of Enceladus on October 28, then make its final close pass in December. Cassini's mission will end in 2017. [NASA/JPL/SSI] 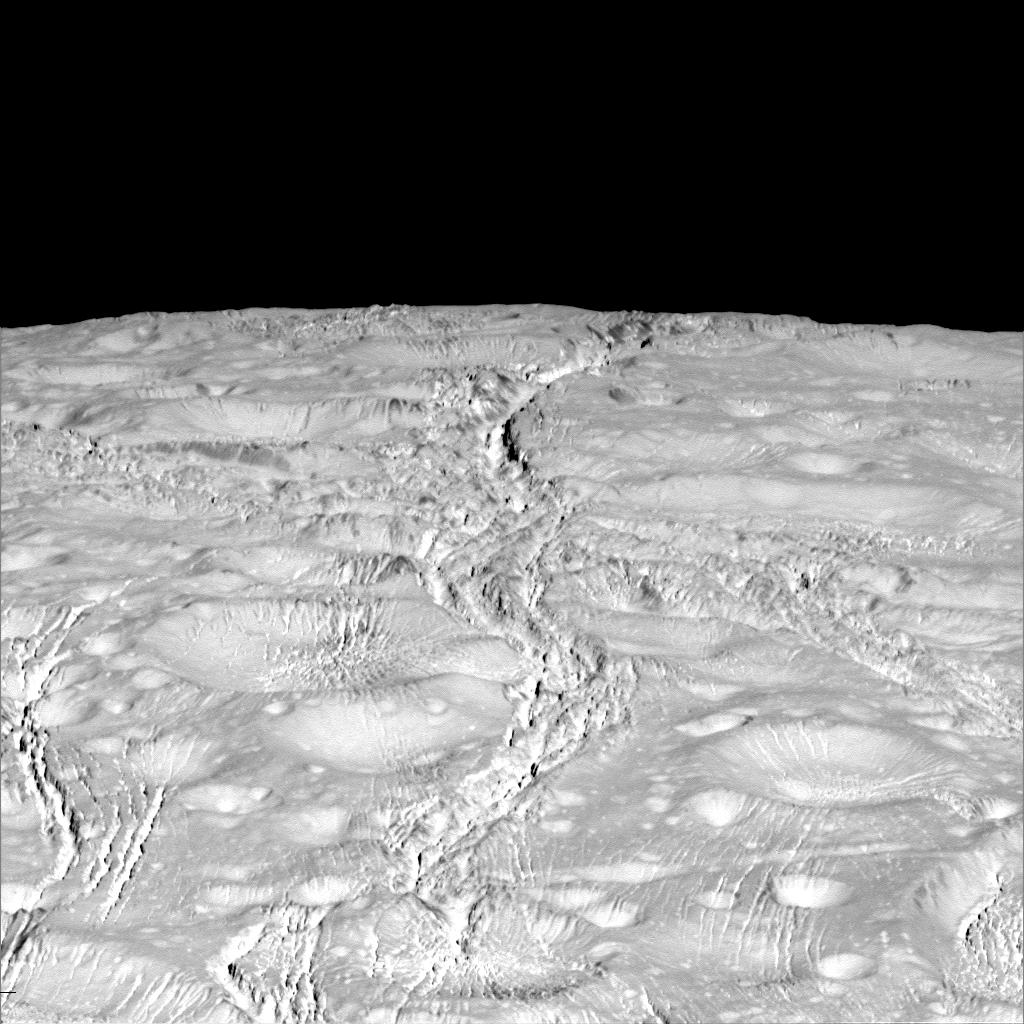