Titan and Dione, two moons of Saturn, cross paths above Saturn and its rings, viewed edge-on, in this view from the Cassini spacecraft. Titan is Saturn's largest moon and the first moon of any planet known to have an atmosphere (a discovery made at McDonald Observatory in 1944). The dense, cold atmosphere is topped by an orange "smog." The atmosphere produces clouds and rains of liquid hydrocarbons, which form river channels and fill lakes and seas. [NASA/JPL/SSI]

Find out more in our radio program entitled
Moon and Saturn 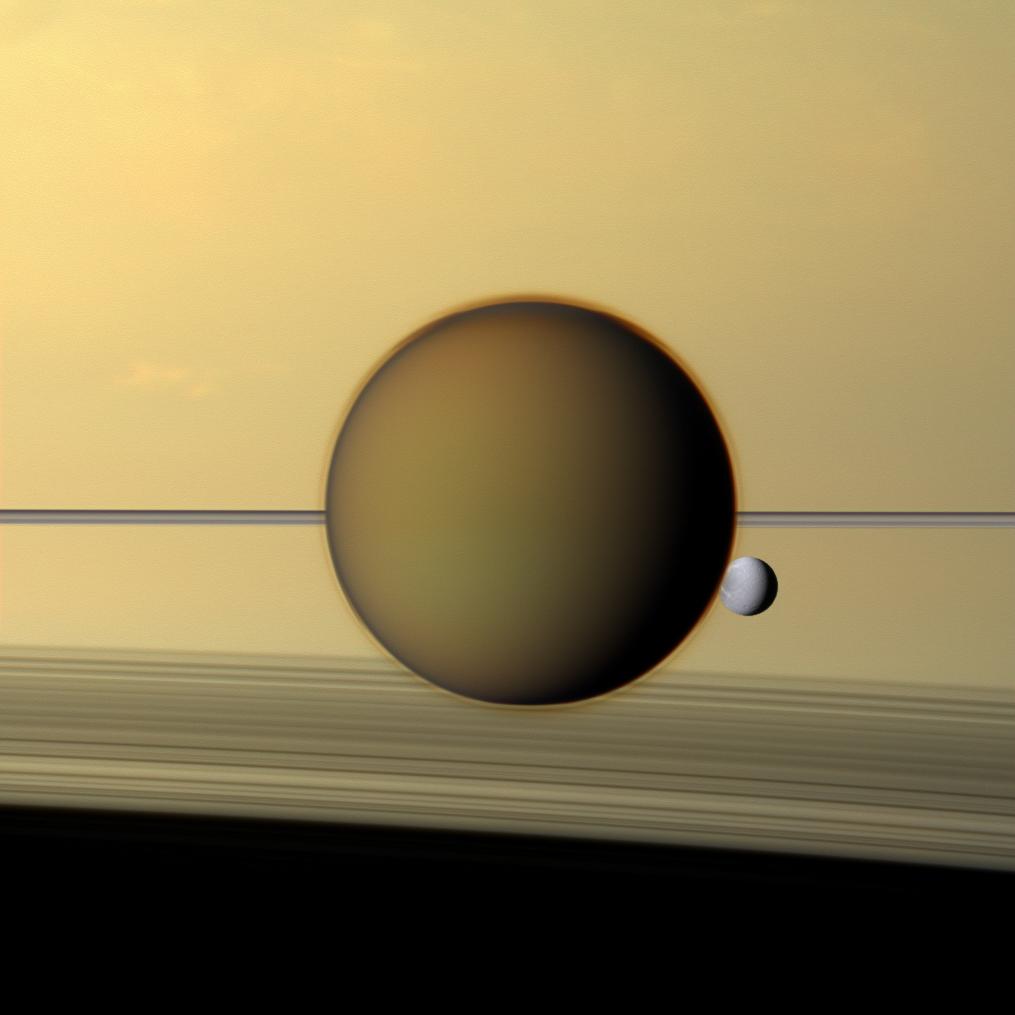