Fire approaches Kitt Peak National Observatory, west of Tucson, in this June 16 image. Despite efforts by firefighting crews to create protective breaks around the observatory site and individual telescopes, it reached the outskirts of the observatory on the following day. Science observations have been suspended and scientists and staff evacuated. Observatory officials have not yet been able to assess the damage to the telescopes and other equipment. Known as the Contreras Fire, it was triggered by a lightning strike on June 11. Dry conditions, high temperatures, and poor access for firefighters have helped the fire grow quickly. [KPNO/NOIRLab/NSF/AURA] 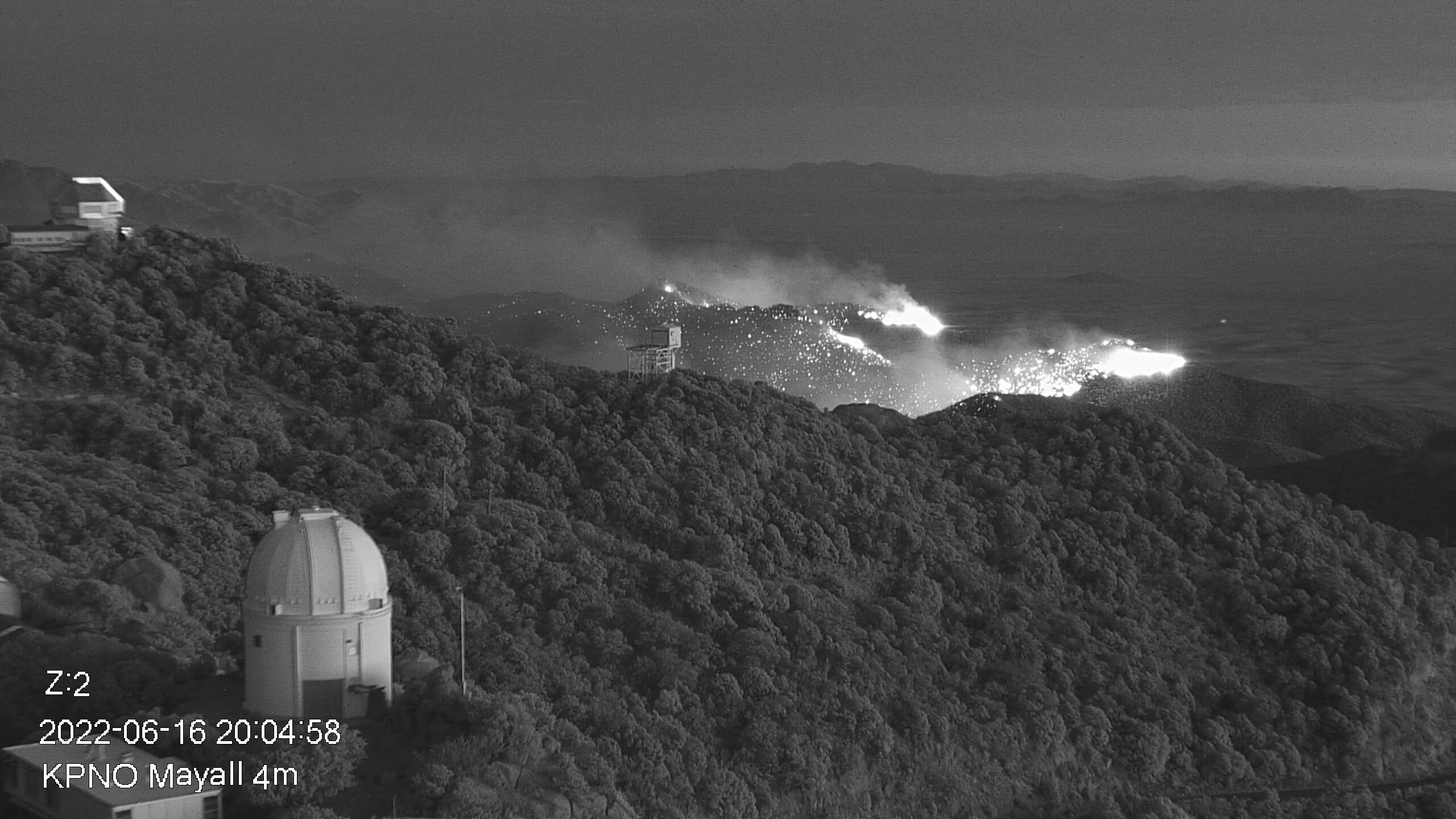