Ribbons of hot gas spiral onto the surface of PDS 70b, a still-growing planet that orbits a newborn star in the constellation Centaurus, in this artist's concept. The planet is encircled by a disk of gas and dust that's being pulled from a larger disk around the star. Magnetic fields may funnel some of the disk material onto the planet. The material is heated, so it produces ultraviolet radiation (depicted as the blue streamers and filaments). The planet probably has been forming for about five million years, but astronomers say it's just about complete. [NASA/ESA/Joseph Olmsted (STScI); Yifan Zhou/McDonald Observatory]

Find out more in our radio program entitled
Growing Planet 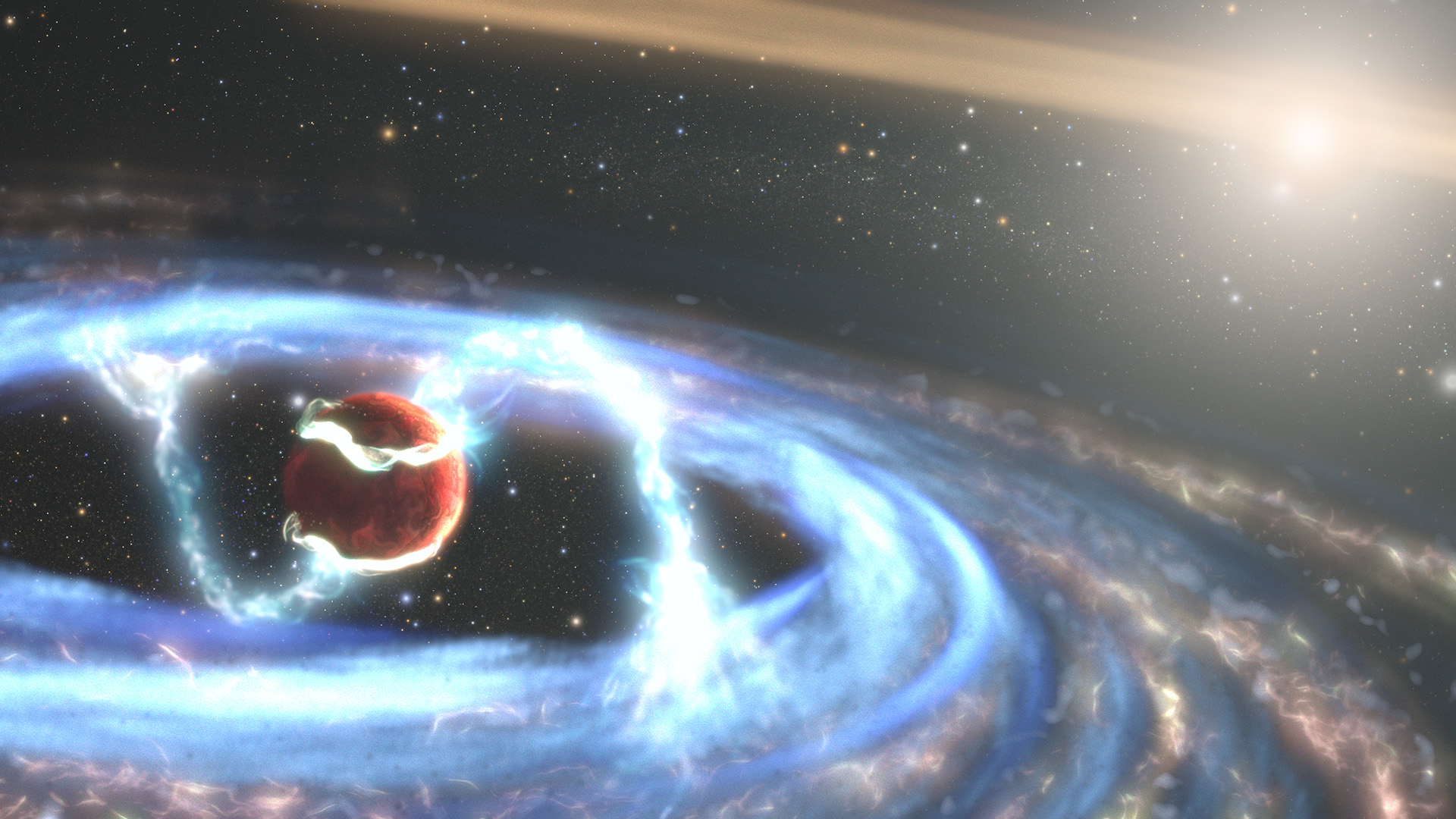