NASA and the German space agency have decided to ground their big airborne observatory, SOFIA, by the end of September. The modified Boeing 747 jetliner has carried a large infrared telescope to high altitudes, well above almost all of the water vapor in Earth's atmosphere. That's given the telescope a good look at the infrared universe, which reveals the glow of young stars, dying stars, asteroids and comets, and other relatively cool objects. SOFIA has been operational for eight years, but NASA said it no longer fits with the agency's science plans. [NASA/Jim Ross] 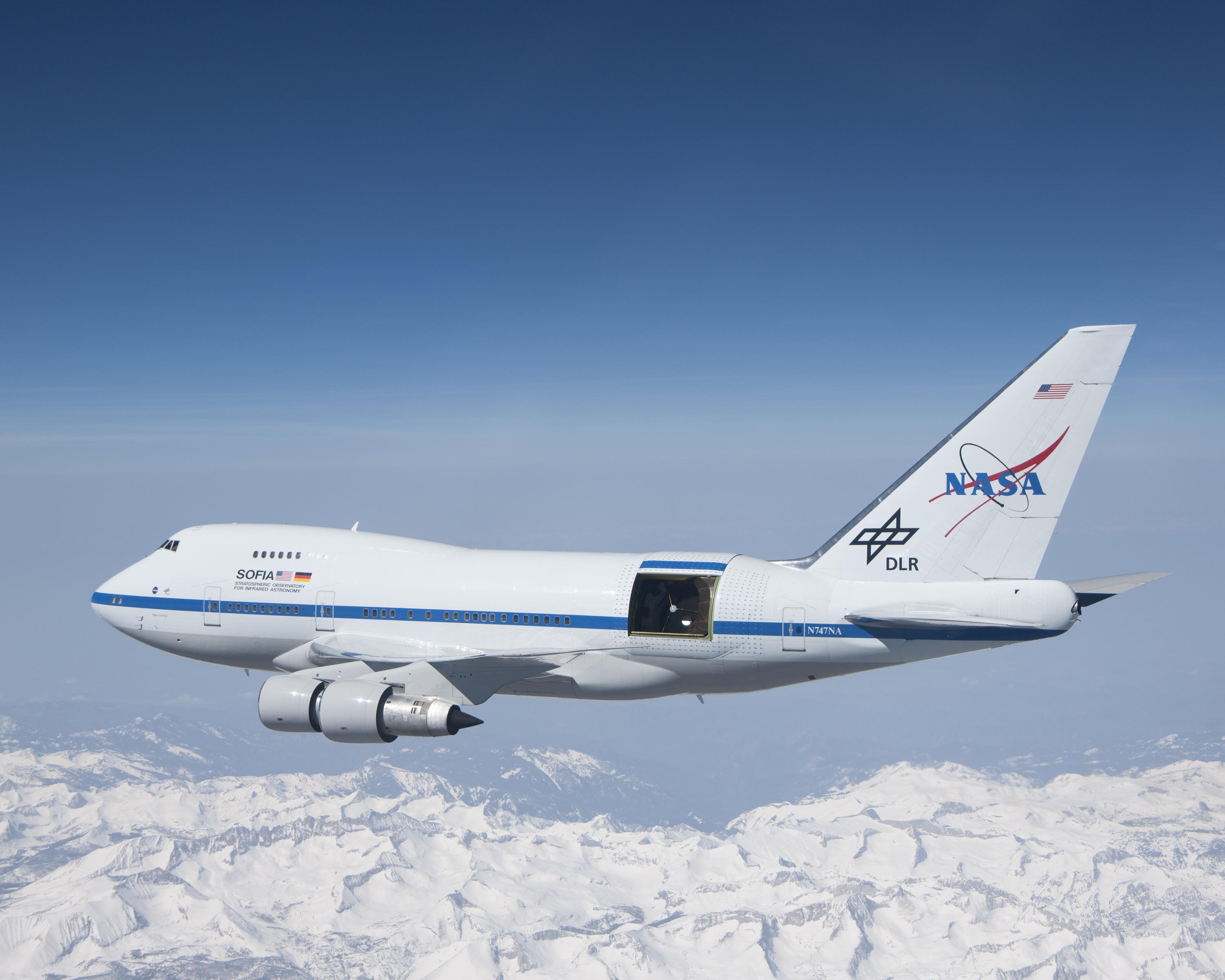