A comet that's whizzing past Earth will stairstep up the eastern sky before dawn the next few days. Comet 45P/Honda-Mrkos-Pajdusakova (named for its three co-discoverers) will pass just 7.4 million miles from Earth on February 11. It rises in the wee hours of the morning and will stand high in the east an hour before sunrise. It will be visible through binoculars and small telescopes, but probably not to the unaided eye. The comet's tiny nucleus looks green, which is caused by a form of oxygen. The comet is exaggerated in this view. [Sources: spaceweather.com, theskylive.com] 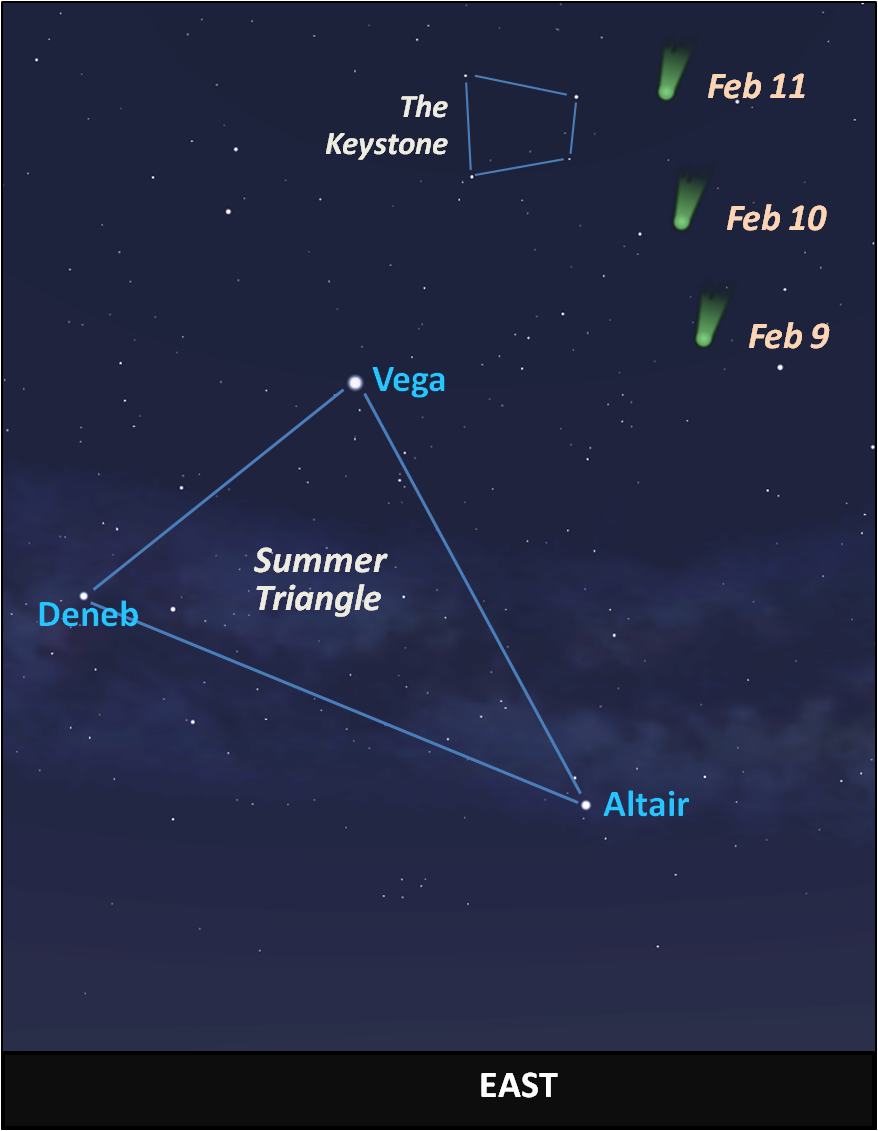