Apollo 15 astronaut Jim Irwin salutes the American flag during one of three moonwalks in July 1971. The lunar module Falcon and the first lunar rover are behind him. The scene is framed by the Apennine Mountains, which are one of the tallest mountain ranges on the Moon. Irwin and Dave Scott spent three days on the lunar surface and drove the first rover. [NASA]

Find out more in our radio program entitled
Apollo 15 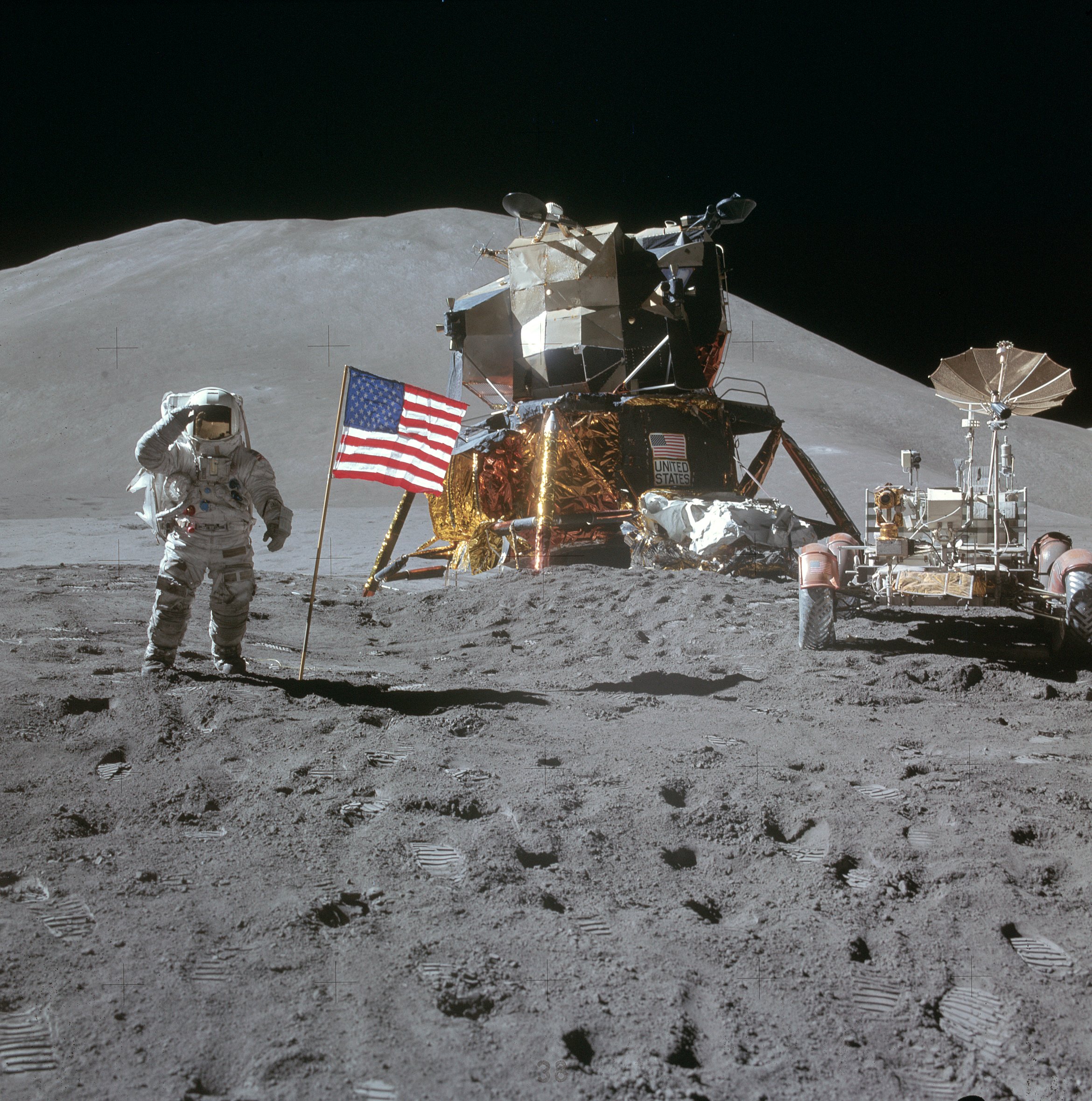