The Great Comet of 1843 shines above the Cape of Good Hope in this painting by Charles Piazzi Smyth, a British astronomer at the Royal Observatory in South Africa. The comet was the brightest in several centuries, visible even in daylight, and its tail was the longest seen until the late 20th century, spanning more than 100 million miles. [Charles Piazzi Smyth/Royal Museums Greenwich]

Find out more in our radio program entitled
Great Comet 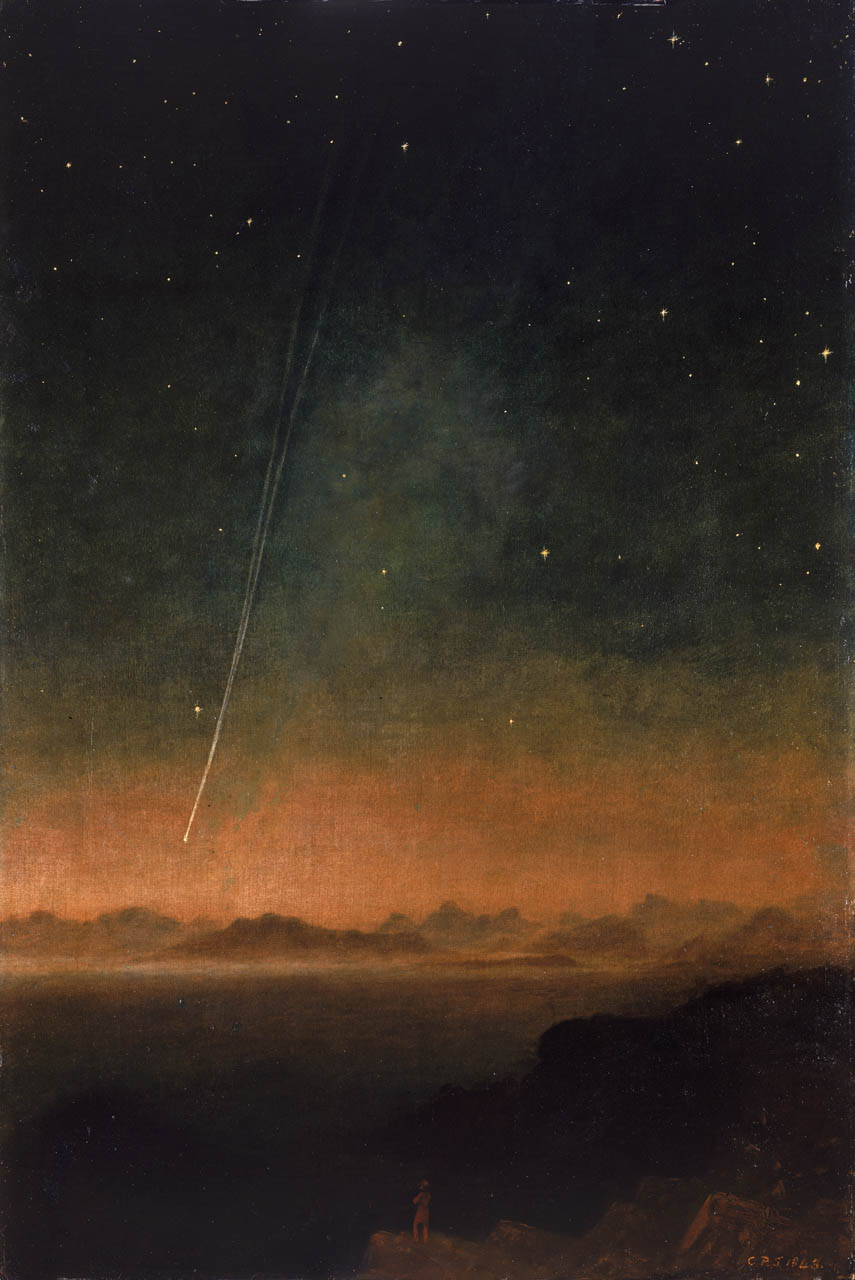