Valles Marineris, a canyon system as wide as the United States, slashes across Mars in this global view from Viking 1. The system was discovered in images from Mariner 9, the first craft to orbit any planet other than Earth. It arrived at Mars 50 years ago, during a dust storm that obscured the entire planet. After the dust cleared, it snapped more than 7,000 images, which showed ancient river beds, giant volcanoes, huge fields of sand dunes, and other features never seen before. Valles Marineris was named in Mariner 9's honor. [NASA/JPL]

Find out more in our radio program entitled
Mariner 9 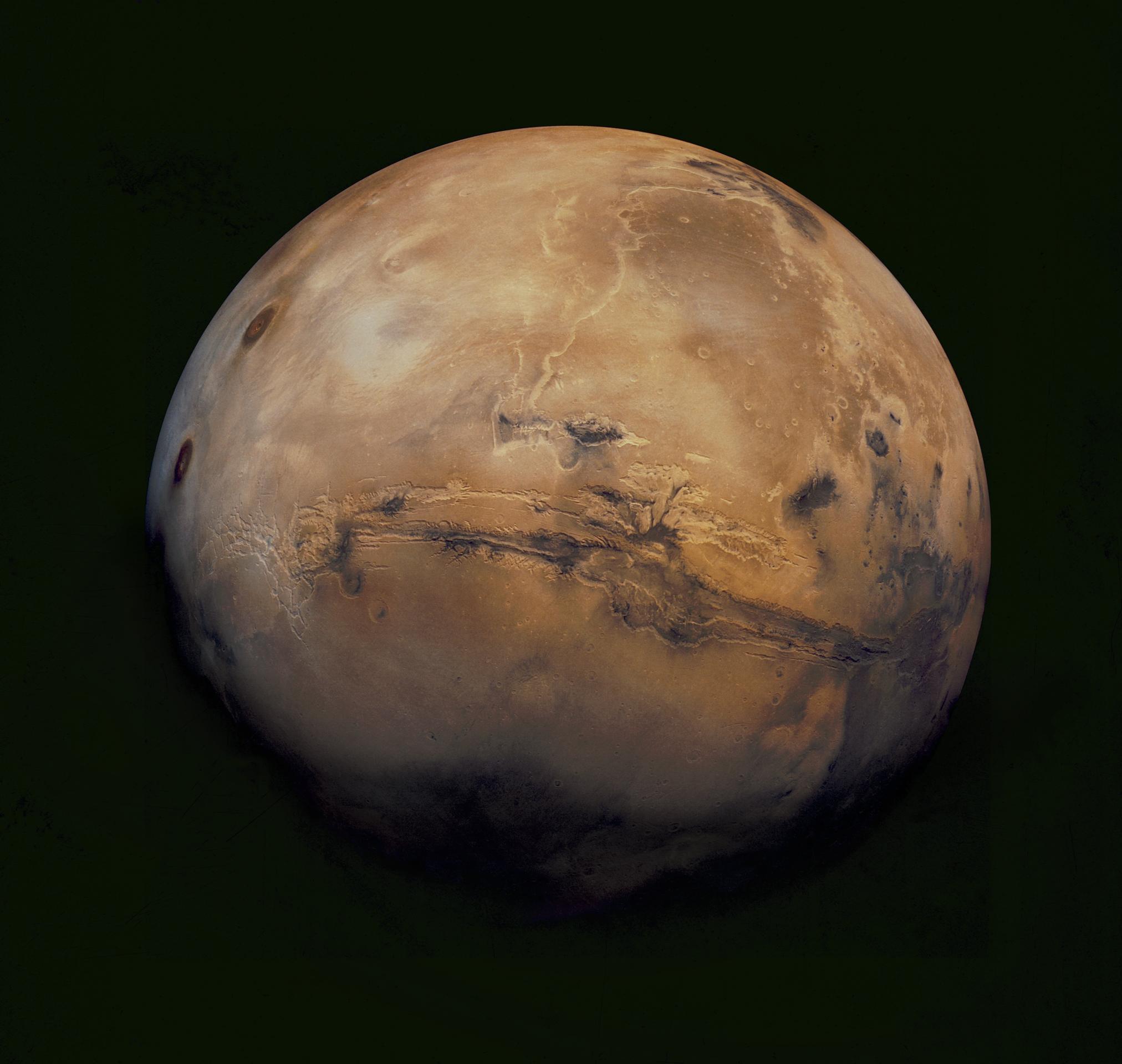