Apollo 16 astronaut Charles Duke works at the lunar rover during one of three moonwalks. He and John Young spent three days on the lunar surface in April 1972, collecting samples that have helped scientists piece together the history of the Moon and Earth. Duke was perhaps the most ebullient of all the moonwalkers, appearing to have a lot of fun while he loped across the lunar surface. [John Young/NASA]

Find out more in our radio program entitled
More Apollo 16 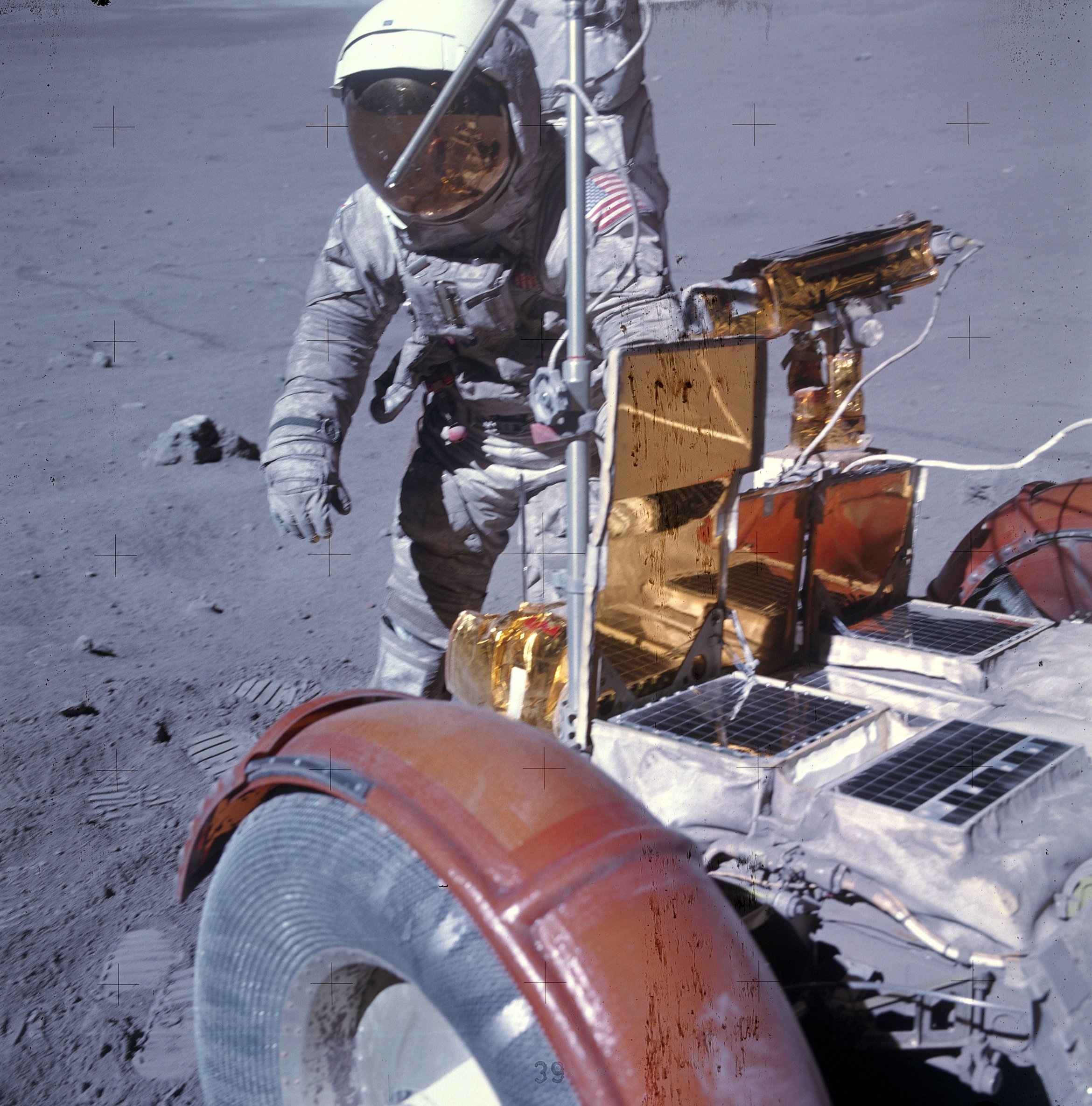