This is the highest-resolution image of 2014 MU69, an object encountered by the New Horizons spacecraft on January 1. The picture, which was released February 22, is a composite of nine images snapped by New Horizons, from a range of about 4,100 miles (6,600 km). The images were only recently transmitted to Earth by the spacecraft, which is more than four billion miles away. This view reveals unusual circular features on the surface of 2014 MU69, which has been nicknamed Ultima Thule by the New Horizons team. It also shows small pits at the top of the image, near the dividing line between day and night, that could have been created by impacts, eruptions of gas from inside the asteroid, or some other process. [NASA/JHUAPL/SWRI] 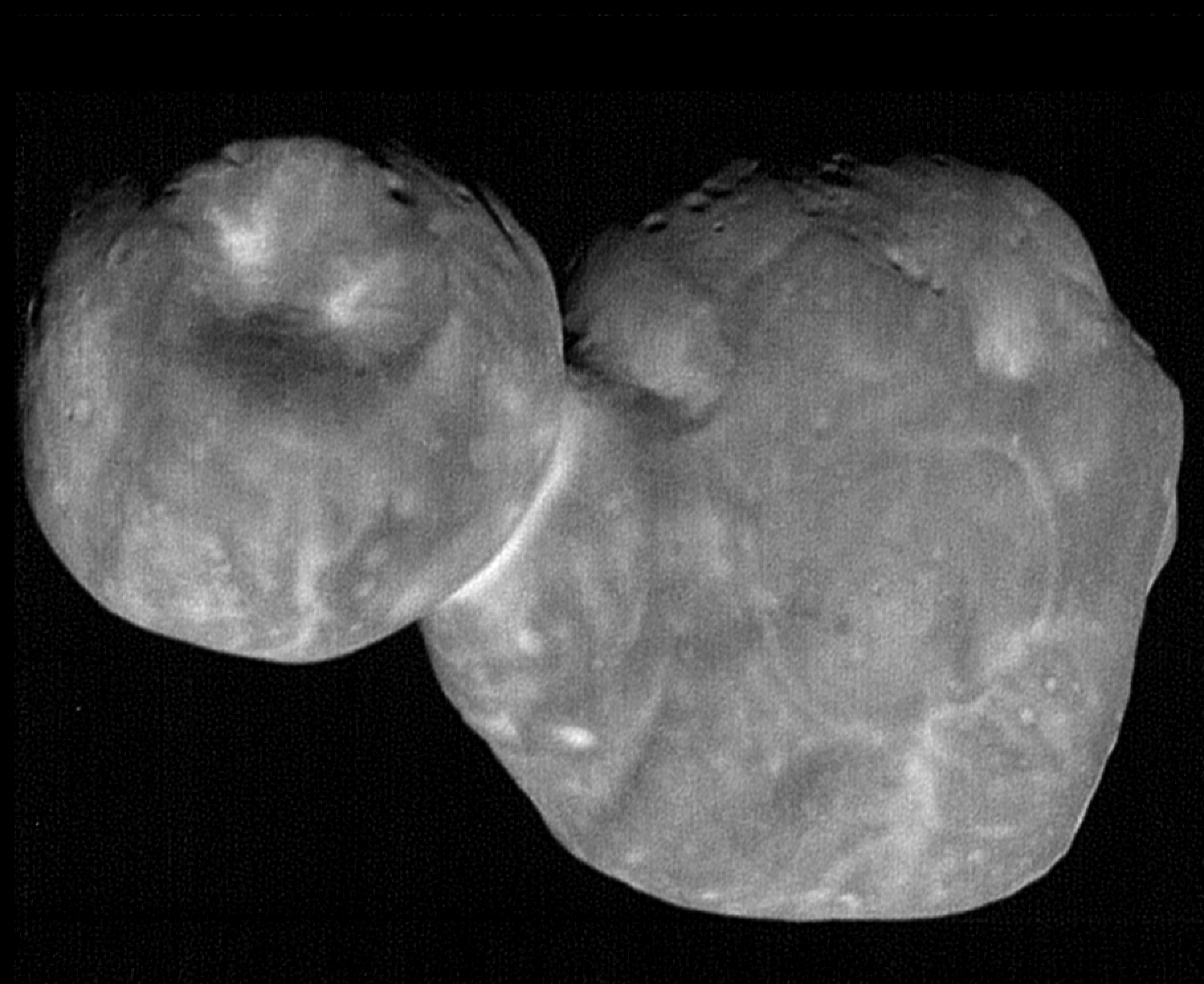