This artist's concept shows the Trappist-1 star system. It consists of a red dwarf star, which is much smaller, cooler, and fainter than the Sun, and seven known planets. Two of the planets are crossing in front of the star. Orbiting telescopes detect such crossings as slight dips in the star's brightness (which is how the planets were discovered). Two or more of the planets lie in the star's habitable zone, which is the distance from the star at which temperatures are most comfortable for life. [NASA/JPL/Caltech/R. Hurt (IPAC)]

Find out more in our radio program entitled
Trappist-1 Update 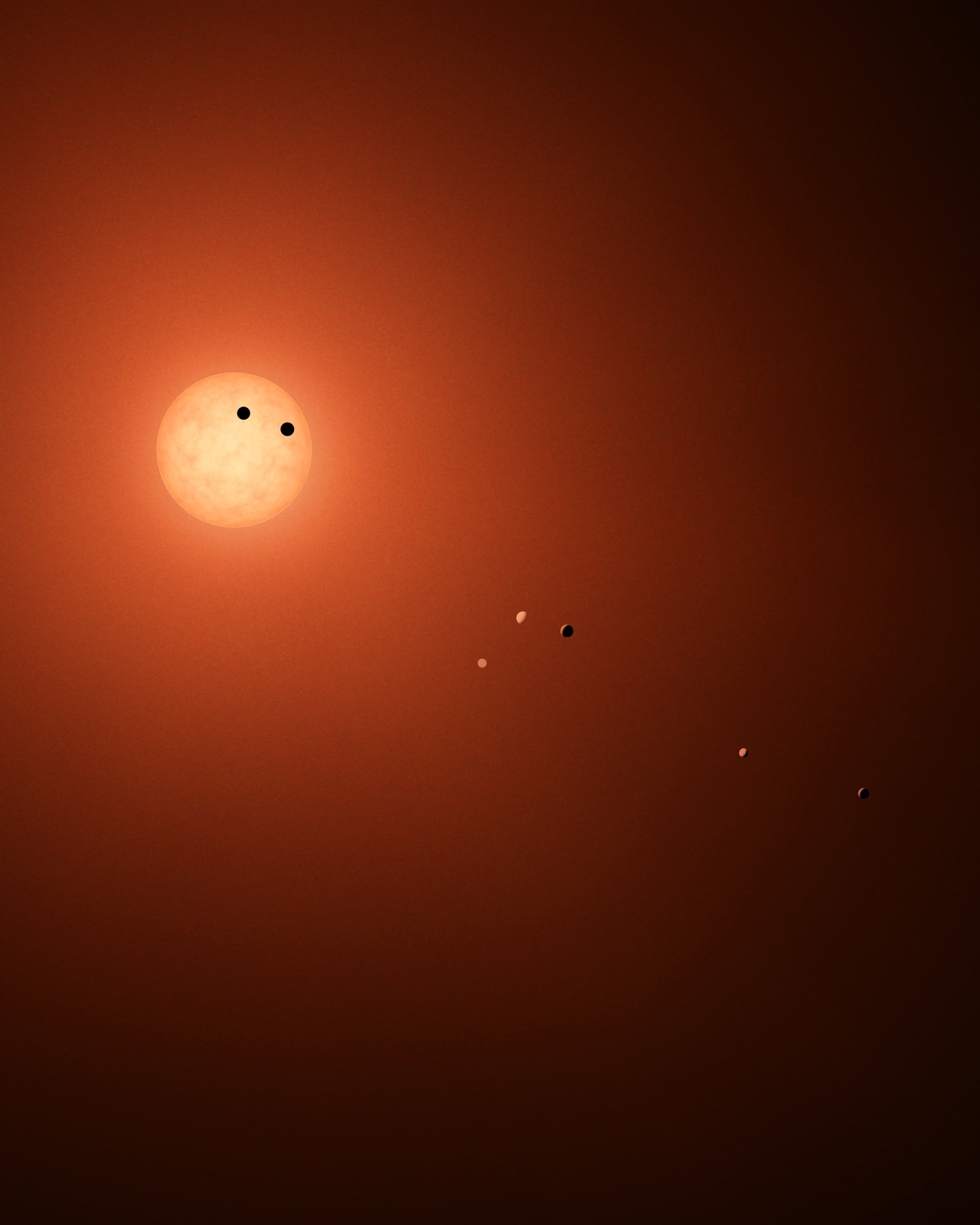